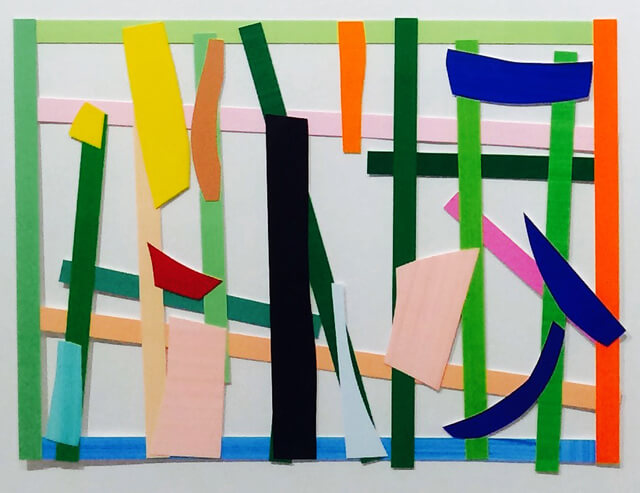 Who: German artist Imi Knoebel, who lives and works in Düsseldorf.

Knoebel’s art is displayed in public collections worldwide in museums and galleries such as Dia: Beacon in Beacon, New York; The Museum of Modern Art in New York City; the Fonds Regional d’Art Contemporain (FRAC) in France; the Kunstmuseum St. Gallen in Switzerland and Essl Museum Klosterneuburg in Austria — to name a few.

What he’s known for: Known for his minimalist, abstract painting and sculpture, Knoebel utilizes “Messerschnitt” or “knife cuts” as a reoccurring technique in his work. While his earlier pieces were black and white, lately, he has been using a bright, vibrant palette of colors. He explores and tests the boundaries between space, picture support and color. He often works with large-scale modular shapes, and his work is regarded as an ongoing, elliptical investigation into formalism and the medium of the painting itself.

What’s being said about him: In a Guardian newspaper article, reporter Kate Connolly writes from her interview (a very rare happening) with Imi:

“One of Germany’s leading artists, Knoebel says he will never forget his tortuous early attempts, in his 20s, to make art. ‘I thought: everything has been done already,’ the 74-year-old tells the Guardian in his first ever newspaper interview. ‘Yves Klein has painted his canvas blue,, Lucio Fontana has cut slashes into his. What’s left? If you want to do something, to stay alive, you have to think of something at least as radical.’”