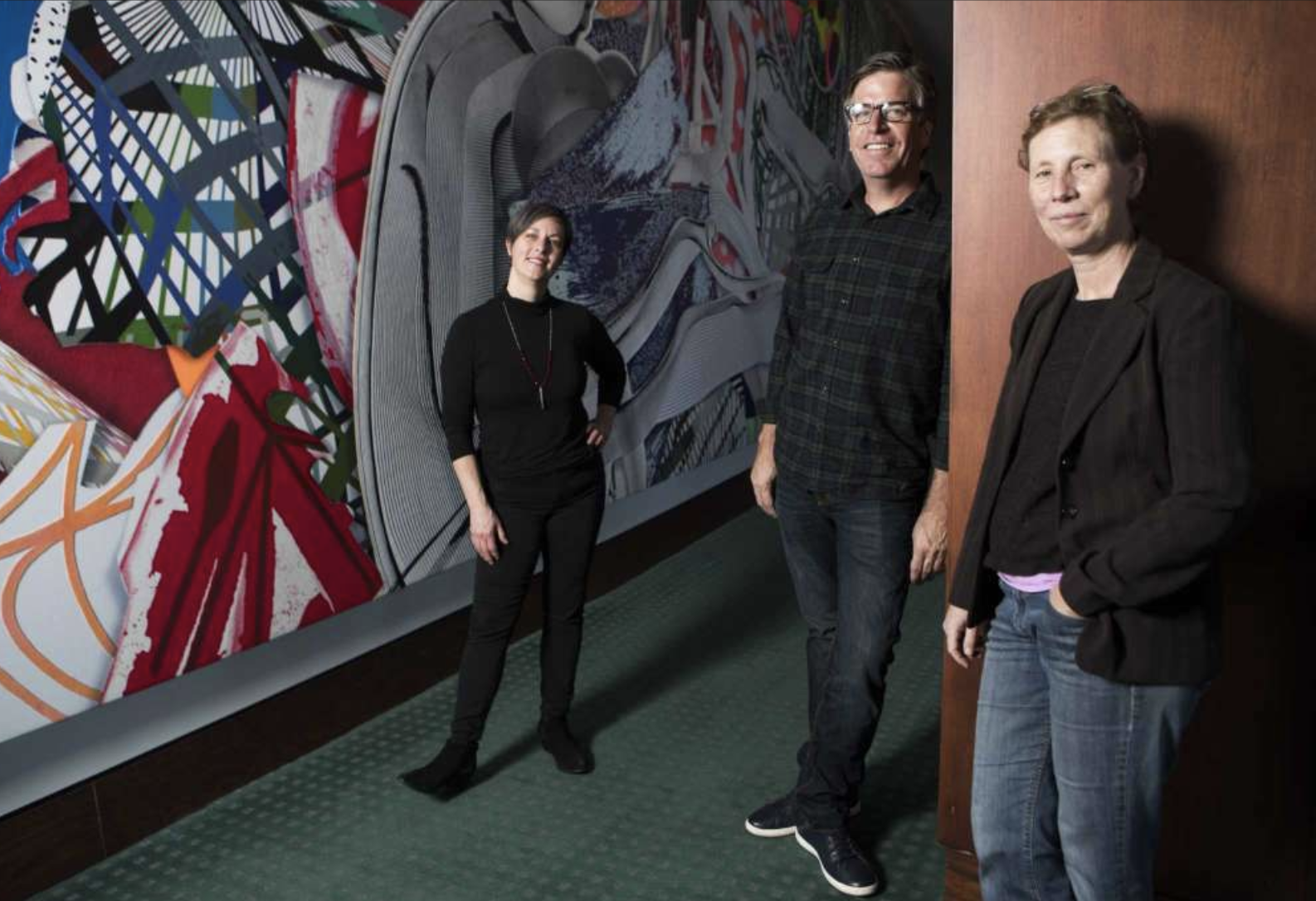 Weingarten Art Group principal Lea Weingarten is serving as the Consulting Director of the Public Art of the University of Houston System program. In that role, WAG’s primary responsibility is to usher the Collection forward strategically through publication of a monograph (the Collection’s first), creating engaging events and programming, and a temporary public art program designed to increase awareness of the treasures in the Collection and to communicate the value of creativity in enhancing the academic environment.

As such, “An Evening with Frank Stella” on Feb. 9 celebrates the 20th anniversary of “Euphonia,” a three-part installation inside the Moores Opera House, also the largest installation in the Collection, with an event featuring a discussion with the American artist and insiders of the Houston art scene on the role of art in public spaces.

Molly Glentzer, Senior Writer and Critic, Arts & Culture of the Houston Chronicle, spotlights a feature story on local artists who participated in the installation of the vibrant work.

Fifteen bucks an hour for eight hours a day: That was a decent, steady gig for a young artist in 1997.

Frank Stella’s studio apparently had no problem finding takers in Houston. More than two dozen up-and-comers would climb scaffolds for seven months in an East End warehouse to realize his “Euphonia” murals for the University of Houston’s Moores Opera House. Not just in it for the money, the young artists, most of whom were in their 20s, were eager to work with and learn from one of America’s most prolific art superstars.

“Euphonia” – a gem of the university’s huge public art collection – fills the high, barrel-vaulted ceiling of the hall’s lobby and curvy mezzanine walls with an exhuberant tangle of flamboyantly colored swirls and swoops that appear to be collaged. A companion chandelier hovers above the theater’s blue seats like a witty final gesture, in a sense keeping Stella ever present – and, um, puffing on his cigars: Its oval shape recalls a smoke ring, a shape that has intrigued him for decades.

Stella, now 81, returns Friday for a talk that celebrates the 20th anniversary of the $1.5 million project, which is still one of the priciest art commissions in Houston history.

The lead-up has also been something of a reunion for the eclectic group of artists who helped. Many became friends and are still in Houston, now pillars of the art community. 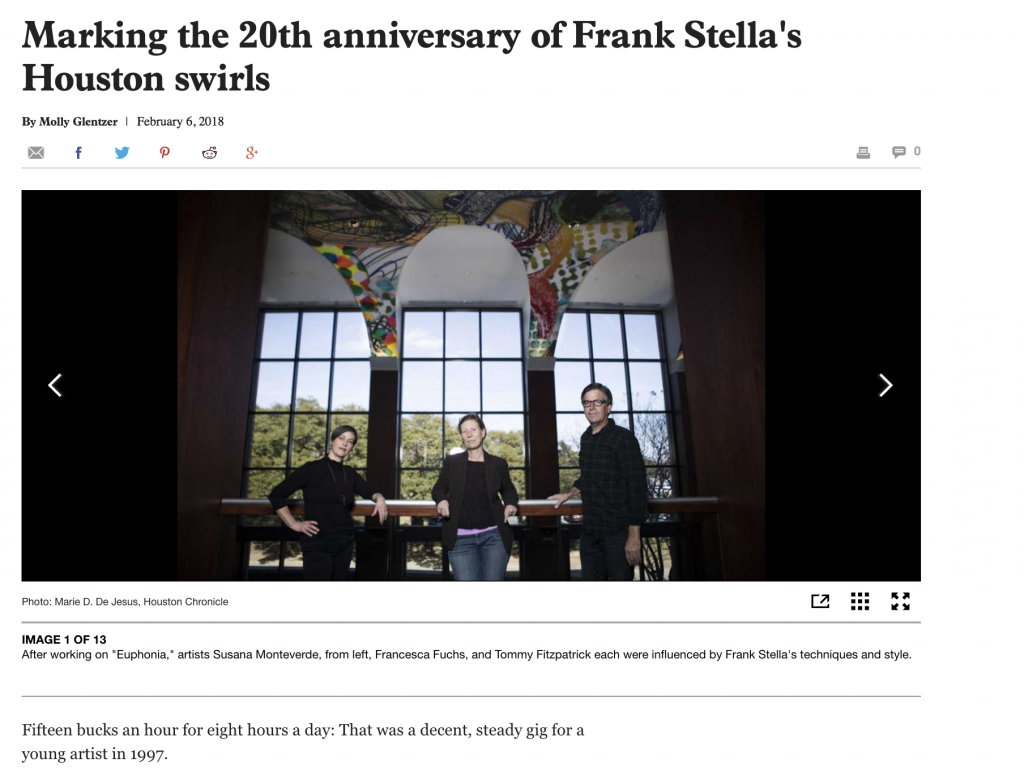