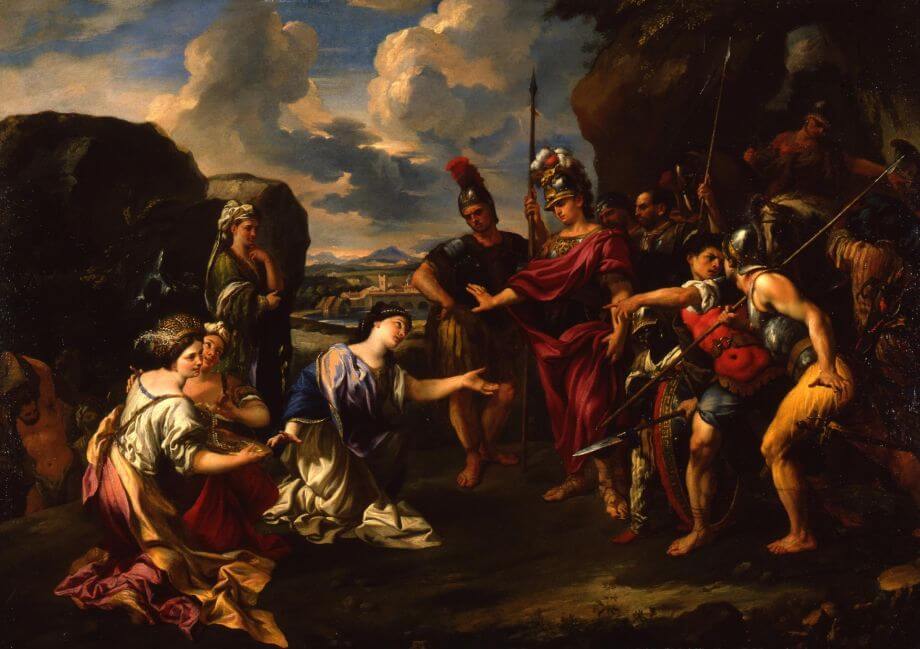 “But one of the reasons we will miss him most . . .  has to do with the painting he chose to hang on the wall behind his desk,” writes Molly Glentzer, Houston Chronicle’s arts, design and culture editor.

While the departure of Menil Collection director Josef Helfenstein — who’s exiting the storied campus for a post as the director of the Kunstmuseum Basel in Switzerland, where Helfenstein is from — has been covered by nearly every media outlet and blog that focuses on art, Glentzer’s beautifully written narrative happens to illustrate an essential component of our métier as fine art consultants and advisors.

Every art piece has a story. Every collector — whether public, private or corporate — has a story. When those stories complement one another, there’s poetic synergy.

Glentzer writes about Luigi Garzi’s Alexander and the Family of Darius (17th-18th century) that Helfenstein chose for his otherwise clean, minimalist workspace.

To decorate his office, Helfenstein . . . chose Alexander and the Family of Darius by Luigi Garzi, a little-known Italian painter of the late 17th and early 18th centuries. It imagines a mythological scene after Alexander conquered Darius III, the last king of the Achaemenid Empire, at the Battle of Issus in 333 B.C.

The article further explains the characters — Darius’ wife and his mother.

“In that era, if you conquered a country you took possession of the defeated leader’s women along with everything else, Helfenstein explained, “and usually you did not treat them nicely.”

The women are very afraid, but Alexander tells them, “I won’t abuse you.”

Helfenstein says that the painting depicts a famous story of mercy. Glentzer concludes that, “Helfenstein, calm and kind to the core, was the Menil Collection‘s Alexander for nearly 12 years.”

On Our Radar: Despina Stokou

Step inside the curious mind of an architect through art

Simplicity of the humble object as modern art: Obras at Lora Reynolds Gallery