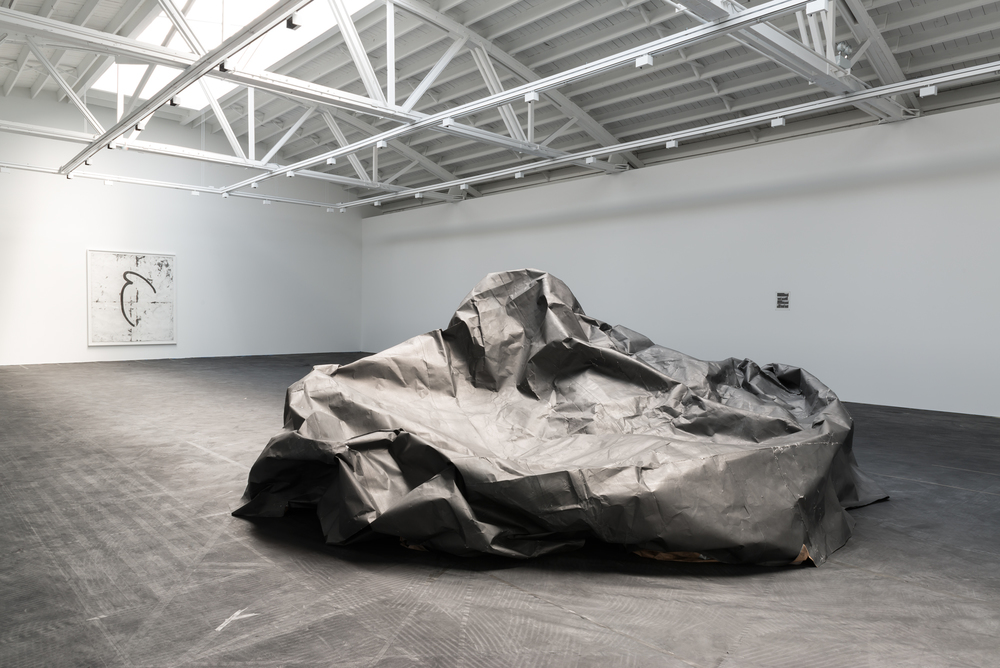 Who: Chicago-based artist Tony Lewis, who’s currently featured in a solo show at the Museum of Contemporary Art in Cleveland, Ohio, through Sept. 6, 2015.

What he’s known for: Explorations of language structures and studio methods through drawing and collage. Framed drawings as part of the exhibition Pall, on view at the Shane Campbell Gallery in Chicago, Illinois, are inspired by Tony Lewis’ study of Gregg Shorthand, an archaic writing system used to record speech manually.

According to the gallery’s press release, “Lewis states that the recent body of work ‘expands the lexicon, and accesses a broader discussion of figure/ground within a canonized history of cosmic, pure abstraction, while pledging the work to a writing system within diagrammatic abstraction.’ ”

Tony Lewis’ collages are crafted from a myriad small text drawings that are cut from the artist’s childhood education of Calvin and Hobbes. The pieces “allow for fresh subject matter to enter into the mind of a young boy and his friend, while staying true to Watterson’s comic book design.”

His often large-scale drawings appear abstract and spare, speaking to issues such as language, identity, and the sensibilities of racism, and his source material is text based. Similarly, his walkup apartment in Pilsen is minimalist but well stocked with items that are part of his creative process.

Video: It doesn’t take long before people of all ages are tempted by colorful, innocent play