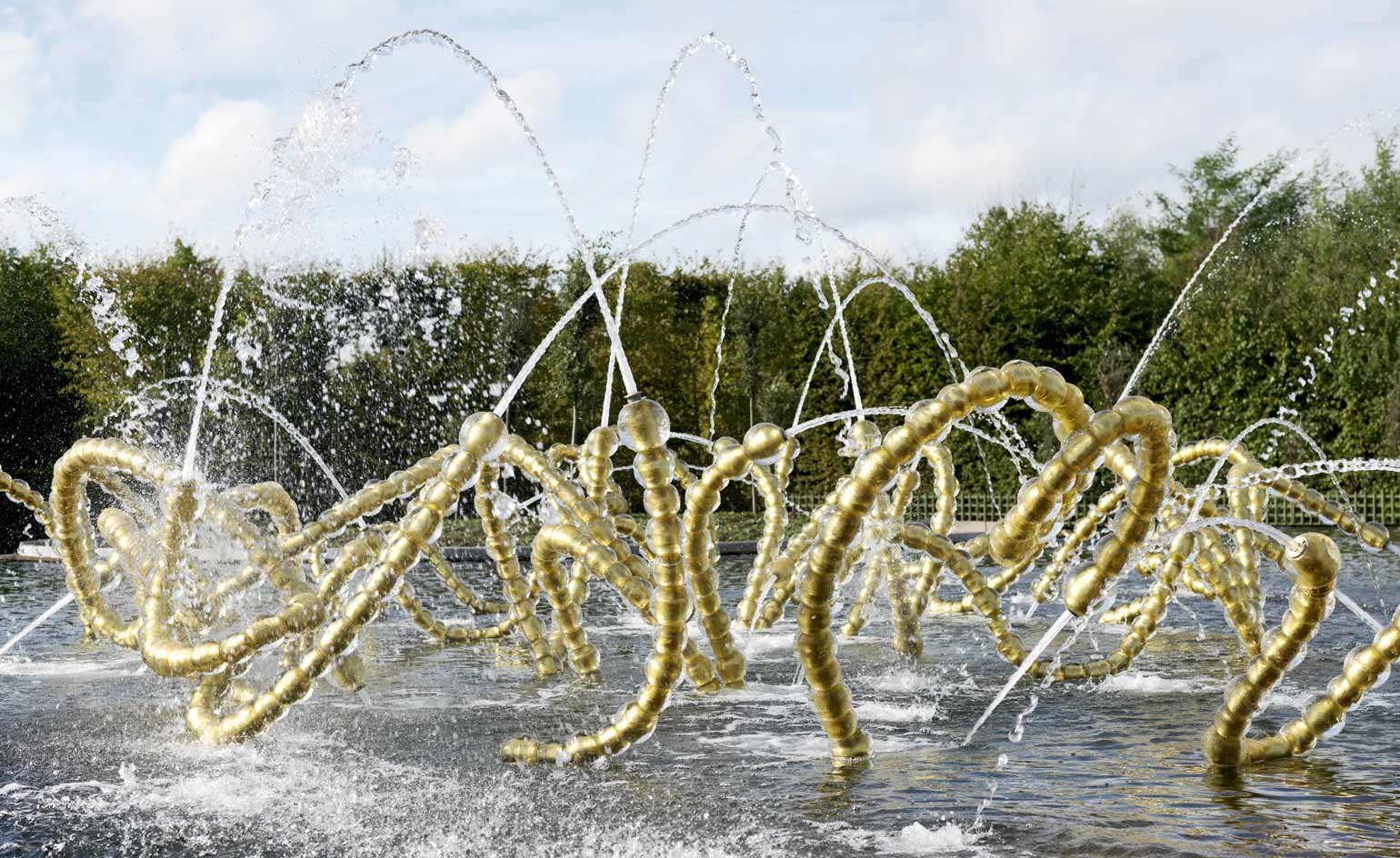 On Mondays, we share our favorite public art works from Houston and around the globe with you. An essential component of our art consulting philosophy, we believe passionately in the transformative power of public art for both the individual and in communities. Check out previous Public Art Monday posts here.

Not many public art installations are celebrated with the premiere of a site-specific ballet, especially one performed by the main corps of a city that’s considered to be the epicenter of elegance, panache and timeless style — Paris.

But nothing else would seem fitting for an installation amid an al fresco masterpiece that had not been altered for centuries.

French landscape architect André Le Nôtre (1613-1700), the main gardener of King Louis XIV, is the poster child of French formal garden design, typified by his 17th-century secret garden in Château de Versailles. This project, which took 40 years to complete, had been a labor of love to maintain and not an inspiration to create — until recently.

The formerly neglected Water Theater grove, described by the New York Times as a “a long-dormant bosquet — a group of trees planted in an orderly arrangement — that once served as the king’s outdoor stage,” was awakened by French landscape designer Louis Benech and artist Jean-Michel Othoniel. The artists collectively sought to look to the future while honoring the venue’s storied and luxurious past.

Three fountain sculptures by Othoniel consist of gilded overlapping figures and arabesques that are crafted from Murano glass spheres — a material that’s somewhat of a signature for Othoniel. The inclusion of these elements was inspired by the ballets danced by the Sun King.

The swirling composition of Othoniel’s sculptural water spouts, made of Murano glass beads, echoes the calligraphy found in Choréographie, ou L’Art de Décrire la Danse, dance instructions written by Raoul-Auger Feuillet for Louis XIV in 1701. Benech’s entire composition, including the three circular pools, three alleys, and various breeds of trees, are based on the recurring threes of Le Nôtre’s original design, as is the height cap of 17 meters. Unlike Le Nôtre, however, Benech has no king in mind; his design is built for the public to enjoy permanently.

As a nod to the history of the garden, an original 10-minute work by Paris Opera Ballet director Benjamin Millepied celebrated the installation.