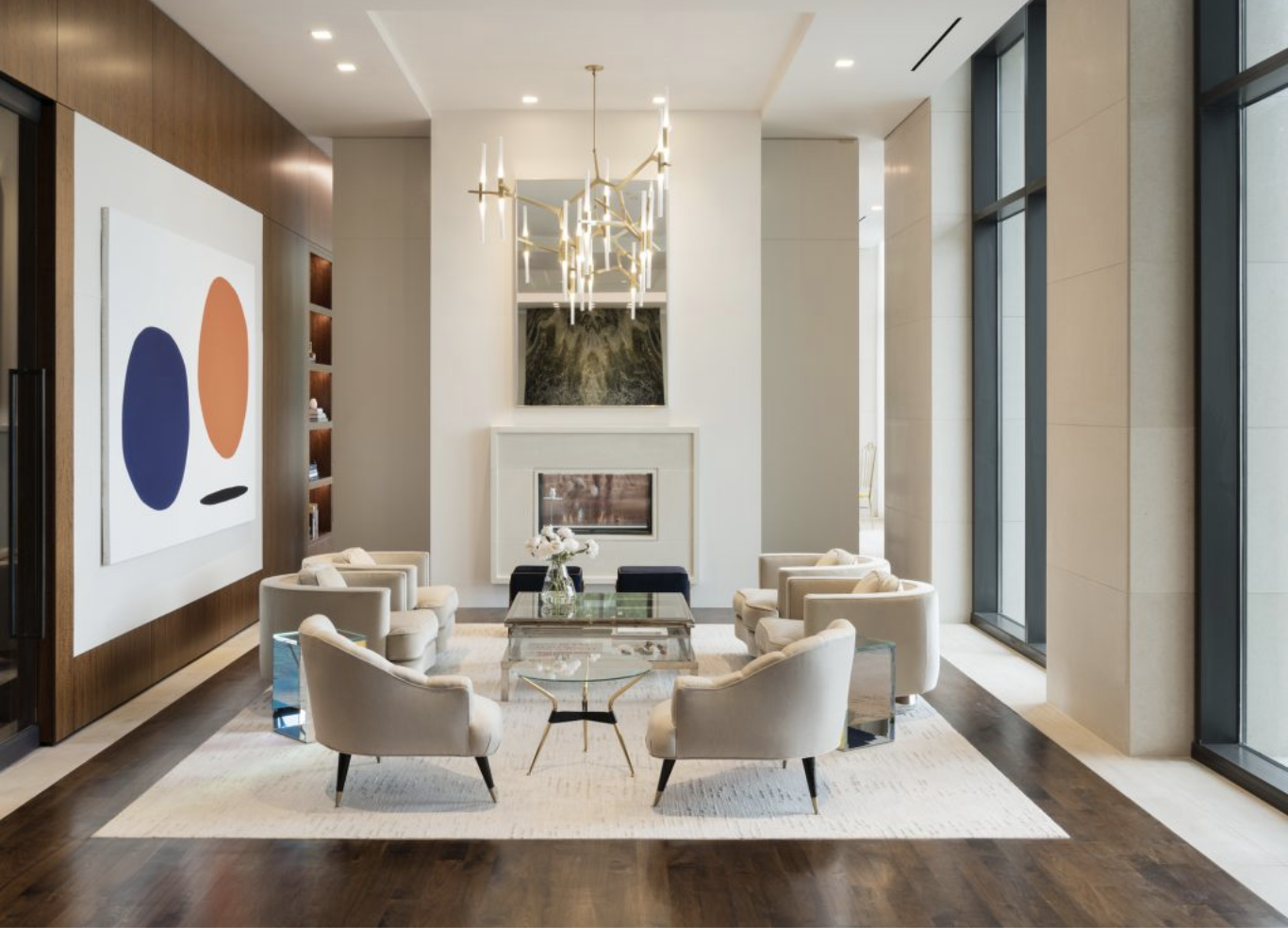 PaperCity: Houston’s Most Anticipated New High-Rise Transforms an Iconic Building Into a Palace

The River Oaks also boasts an amenity that matches its design appeal — one that is every bit the equal of its floating lobby walls, book-matched walnut paneling, Calacatta Italian marble countertops, Gaggenau appliances and Poggenpohl cabinetry. That would be an enviable art collection — one that has been two years in the planning, a punctuation point for all the public spaces, both dramatic and expansive, and quiet and intimate.

“The goal is for the art to complement the elegance of the building,” Leibovitch said in 2016, when we first interviewed him about The River Oaks’ then nascent collection.

Over the past two years, he and art adviser Lea Weingarten have gone on a journey. The path to acquisitions has been, like the building, nuanced and carefully considered. Stops along the way have included Houston gallerists — Moody, Barbara Davis, Inman, McClain — as well as the studios of Houston artists such as Paul Kremer, whose large-scale abstract canvas in the lobby foyer will become one of The River Oaks’ calling cards.

There’s also a sublime Gael Stack canvas, rendered in her signature blue that rivals the ultramarine of Yves Klein. The UH painting professor was cited by Weingarten during our tour as one of Houston’s “grande dames”; her painting carries the soaring spaces of The River Oaks promenade-worthy hallway.

Weingarten underscored the importance of artistic diversity, and heaps praise upon her client, Leibovitch, for whom building The River Oaks’ collection amounted to “a passion project.”

A formative early shopping trip set the tone — in 2016 to the Art Basel and Untitled fairs (both in Miami Beach) yielded two senior masters, one American born, the other from Argentina. They are respectively Stanley Whitney and Liliana Porter, both talents in their seventies who explore painting and drawing (Whitney) and conceptual photography (Porter) to forge original works that allude subtly to issues of identity.

The Whitney monotype and the Porter photographs each were five-figure purchases — the total spent for The River Oaks collection, confirmed by Weingarten are the “low six figures” for more than two dozen works of art: “14 large scale and 12 small scale works in the collection.” The adviser also curated the library with books about art and the artists represented in The River Oaks collection.

Two years after they were acquired, the Whitney occupies pride of place in The River Oaks’ library while the suite of Porter photos —meditative black and whites that include human hands configured with lines — are perfectly installed in a nook in the first-floor reception room. 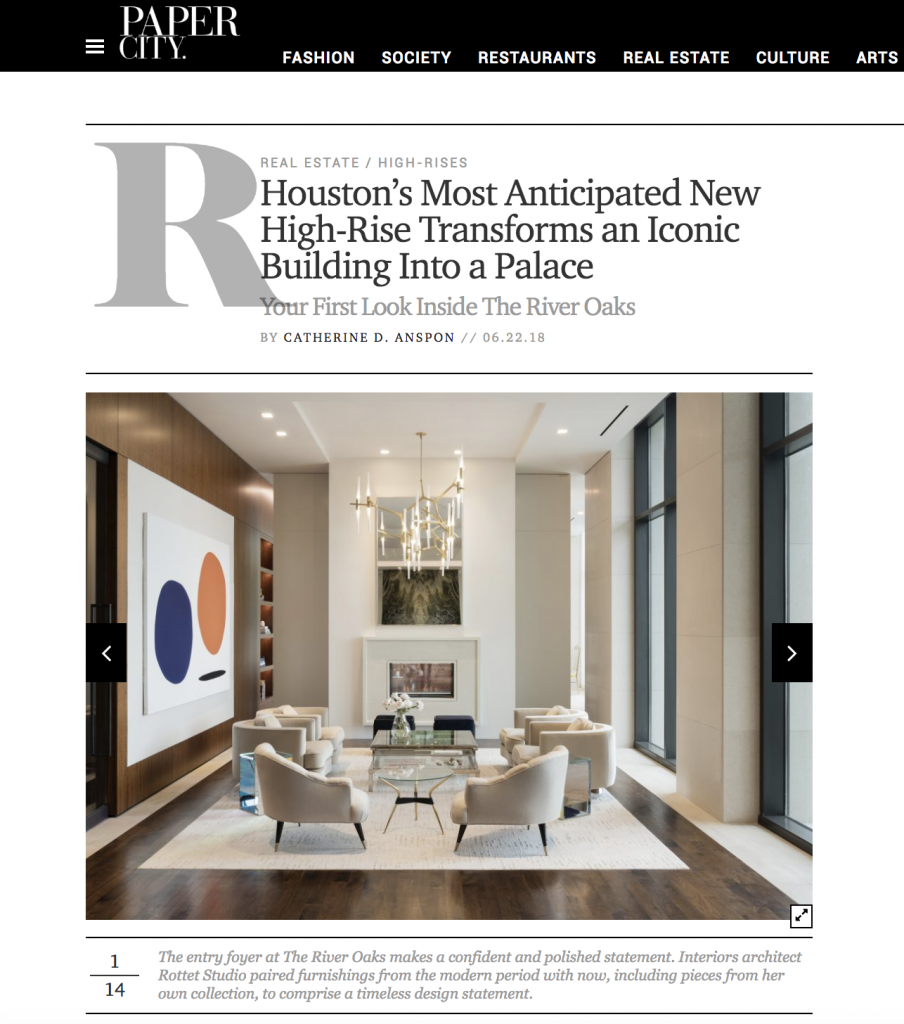