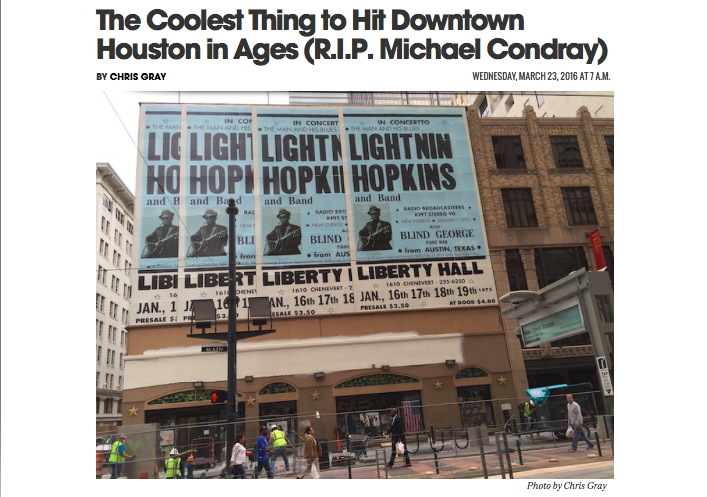 As the Art Blocks public art initiative at Main Street Square moves toward the grand opening party on April 16, media coverage is surely ramping up.

Next month’s March Madness Music Festival may be a bunch of dog shit, but at least now all those out-of-towners will have something pretty cool to look at on their way to Discovery Green. Above is a mural by the artist Jamal Cyrus titled Lightnin’ Field. Part of the city’s ongoing efforts to spruce up downtown before next year’s Super Bowl by adding various bits of public art, this one pays tribute to one of Houston’s true musical icons, Lightnin’ Hopkins. As noted by Swamplot Monday, in real life the mural is on the side of the downtown building now home to the Just a Dollar & Budget Food Store off Main Street Square.