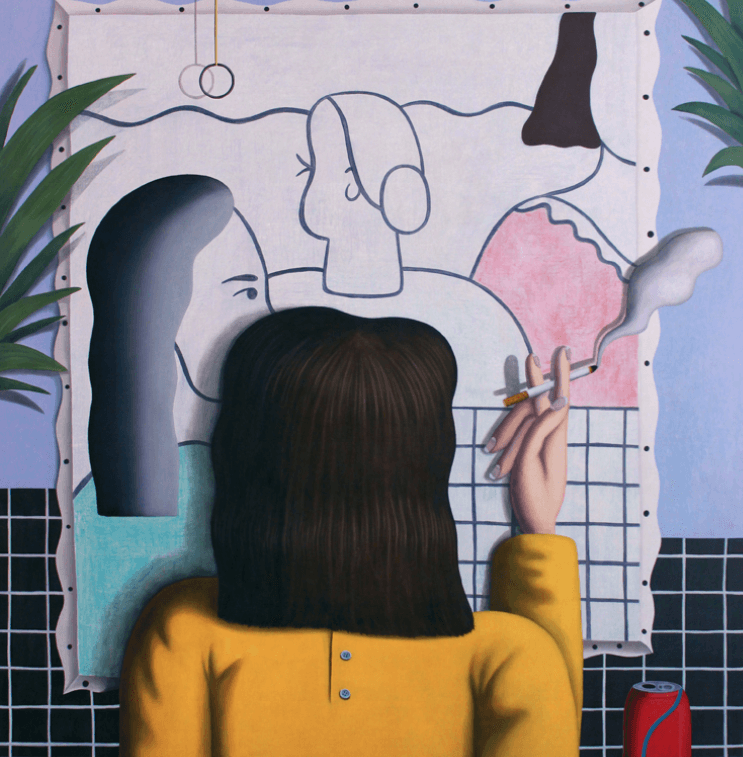 Art Basel exhibits the “who’s who” as well as the “who will be” of the fine arts industry. Among galleries that offer a Picasso, Rauschenberg, Andy Warhol or Cy Twombly new on the market as part of an estate sale are also galleries whose sole purpose is to introduce the next generation of art makers to private, public and corporate collectors.

Consider Art Basel, Switzerland, as a coalition of many art fairs, each with their own signature voice and raison d’être — such as LISTE. A subculture perhaps?

LISTE (see our photos from this year’s edition) began 20 years ago as an adventurous collaboration between a coterie of young artists in an effort to spotlight new trends in fine art. Today, acceptance into LISTE has been capped at below 80 to keep the art fair as tightly curated as possible. Ambitious gallerists have to dress up to the nine to dance in this art party. Their collections must offer a high level of sophistication.

But just because these are emerging galleries doesn’t mean the demand isn’t there yet. Au contraire, some artists are quite sought after such that their works sell before the fair actually opens to the general public.

Such was the case with Jonathan Gardner and Aliza Nisenbaum, both of whom were represented by Mary Mary gallery of Glasgow, Scotland. Every single one of Garnder’s and Nisenbaum’s pieces shown at LISTE found their home.

Gardener (b. 1982) is a Lexington, Kentucky-native who lives in Chicago. His work is best described as stemming from the love child of industrialist Fernand Léger and surrealist Salvador Dali with some of Andy Warhol’s DNA sprinkled for good measure.

Gardener’s aesthetic is clean with a flat perspective, often blurring the separation between background, middle ground and foreground. It’s humorous, colorful and a tad irreverent. 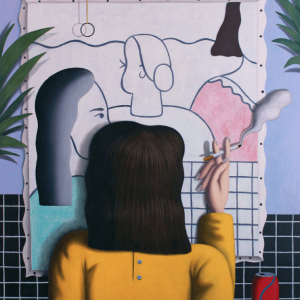 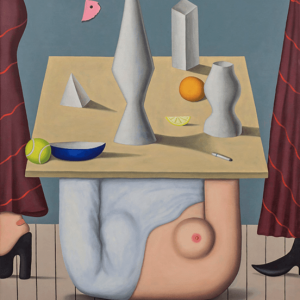 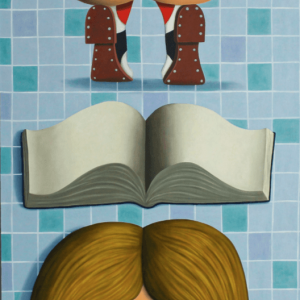 Geometry and textile patterns rule in Nisenbaum’s work. The Mexican artist (b. 1977) who now lives and works in New York City finds inspiration in objects found in the home. She disobeys the rules of perspective to offer a primitive yet joyous style that radiates with vibrant hues.

Nisenbaum embeds strong social commentary but without allowing the didactic quality to overtake a pleasantness to the eye. 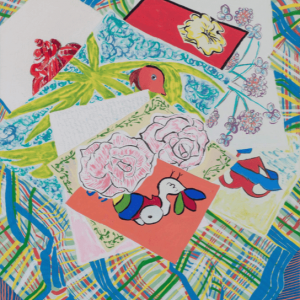 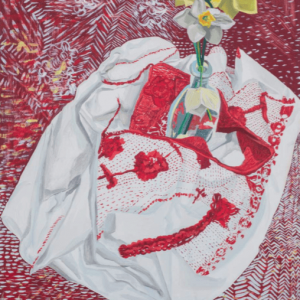 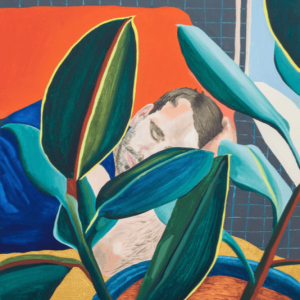 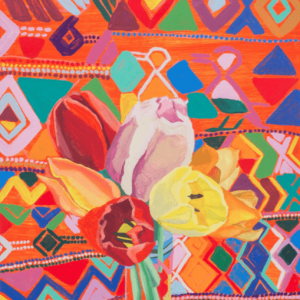 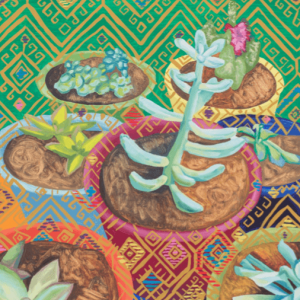