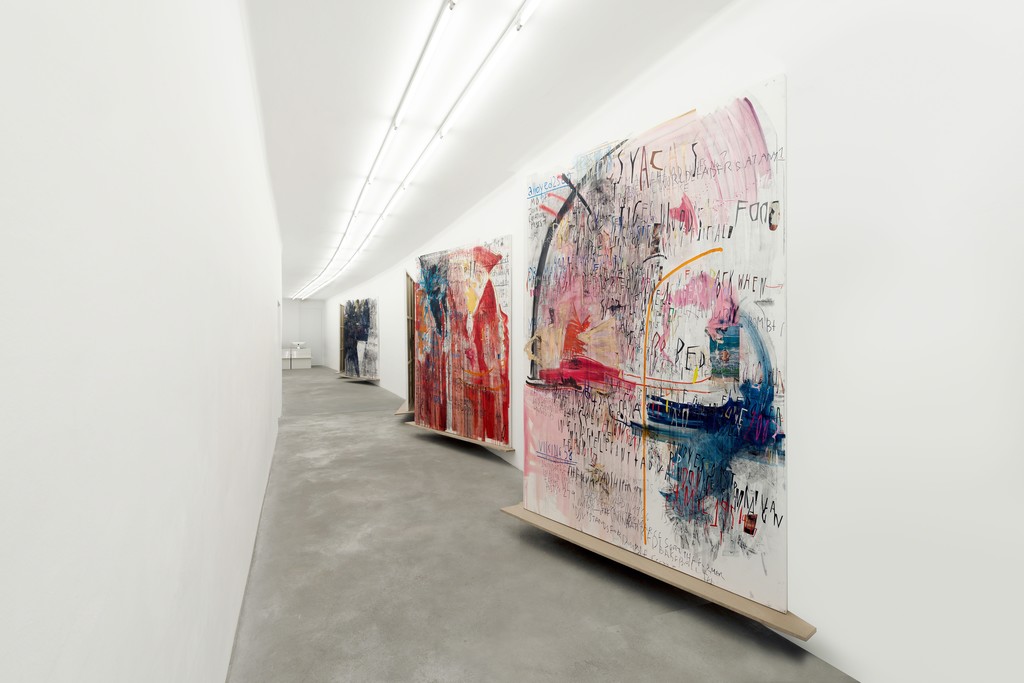 On Our Radar: Despina Stokou

In the ongoing series “On our Radar,” WAG brings you an emerging talent whom we’re watching closely. Find more artists “On Our Radar” here.

What she’s known for: Vibrantly wild large canvases that juxtapose everyday phrases with unpredictable gestures that seem to strike in a cacophony of plausible interpretations.

What’s being said about her: In the New York Times, art critic Robert Smith elaborates on the artist’s solo debut at the Derek Eller Gallery in New York, detailing Stokou’s output as “bright, shaggy and acerbic.”

Ms. Stokou . . . has a distinctive approach to paintings as objects. She mounts her midsize canvases on shelves, sometimes angling them to the wall; this makes them more intimate to look at and also easier to read, like tablets or the open pages of large, tilted scrapbooks.

Stokou’s loquacious, streetwise paintings build on precedents from Cy Twombly, Jean-Michel Basquiat, Suzanne McClellan and Sean Landers to conjure an impression of colliding voices, opinions and needs. Among their weaknesses, they seem prematurely formulaic and overly derivative of an Abstract Expressionist style, even if these are but two more targets of their wide-angle lampoon.

A photography world of wonder: Gardening at twilight