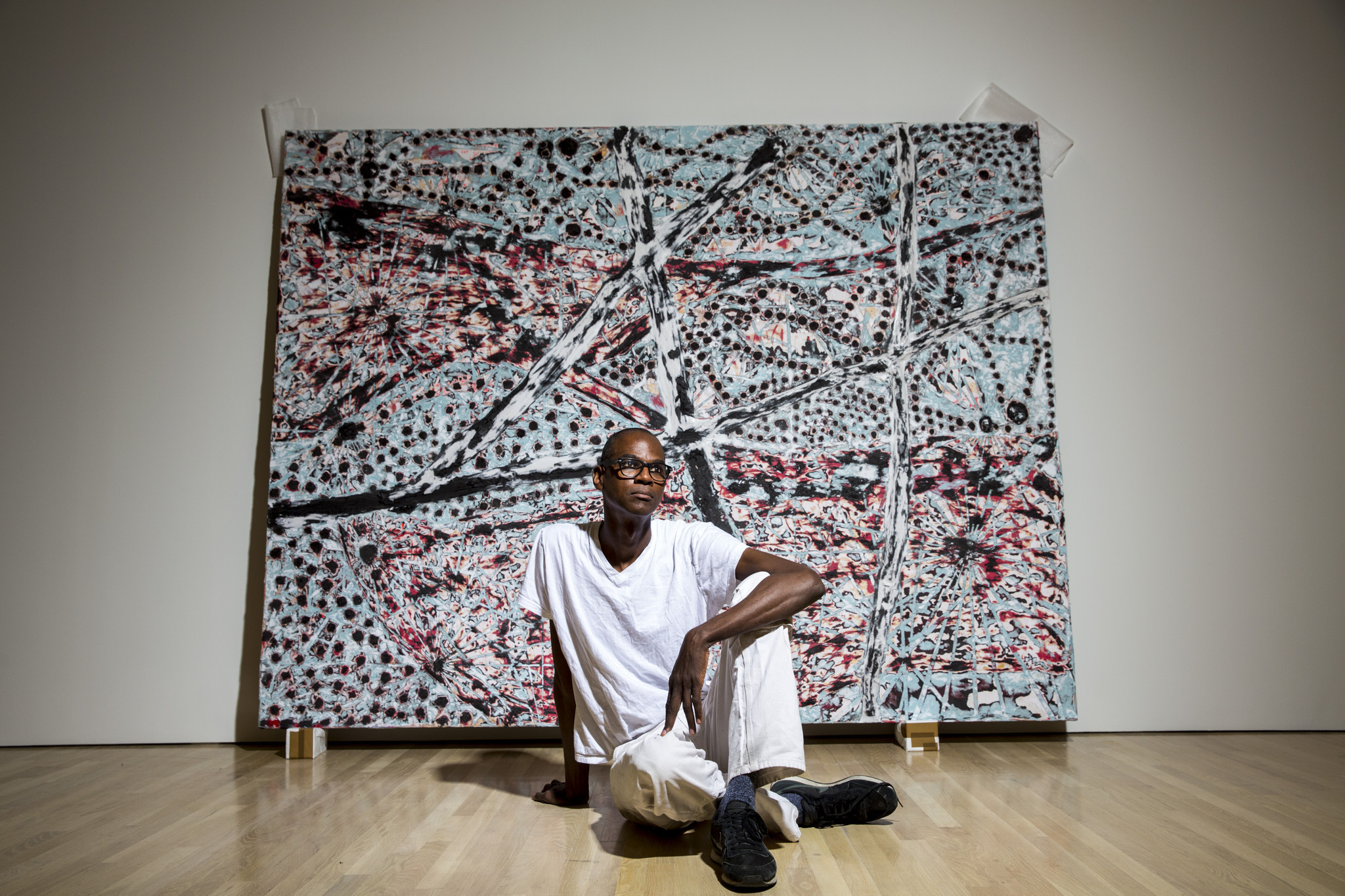 Who: Mark Bradford is an American artist with a socially engaged art practice. His work explores urban identity, history, and experience through abstract mixed-media collage. He informs his practice through his personal dedication to his local community in LA.

About the artist: Born in 1961, Mark Bradford grew up in an old boarding house in South Los Angeles. The house’s other residents became an extended family to him and his single mother. The value of community took root in Bradford at an early age. He explored Europe on scrimped savings throughout his 20s, when he began dabbling in drawing and painting. In 1990, Bradford entered an artist mentorship program at Santa Monica College and later enrolled at CalArts with a full scholarship. His practice has since grown in ambition and illustriousness. He has been awarded many honors, including the US Department of State’s Medal of Arts in 2013 and the High Museum of Art’s David C. Driskell Prize in 2016.

What he is known for: Mark Bradford’s typically enormous mixed-media collages, either on flat canvas or in sculptural form, are composed of the paper remnants and debris of his chosen subject. Old newspaper, photos, flyers, essentially snippets of life from a certain place or time, are built up in layers sandwiched by coats of shellac and paint. Bradford then excavates the thick surface with sanders and chisels, exposing depths of story and giving shape and nuance to his compositions.

His practice extends beyond his studio and into his hometown community. In 2014, Bradford cofounded Art+Practice, a nonprofit community artspace with a focus on providing support and educational resources to kids transitioning through the foster care system in Los Angeles.

What’s being said about him: Mark Bradford is representing the US at the Venice Biennale this year. His massive multi-media exhibition “Tomorrow is Another Day” spans five galleries inside the US Pavilion. This exhibition is part of a six-year collaboration between Bradford and Rio Terà dei Pensieri, a social cooperative that provides re-intergration support to incarcerated Venetians by offering employment opportunities to create and sell artisanal goods.

The exhibition itself packs a challenging punch, made all the more impactful by America’s current social and political climate. Designboom quotes Mark Bradford

Tomorrow is another day is the culmination of my personal and artistic process leading up to this incredible moment of representing the United States, but it also addresses the difficulties experienced by so many others who are trying to create foundations for themselves and find their footing… The exhibition is not just about me, but about all of those who feel like they’re on the periphery.

Bradfor’ds sprawling sculptural installations interrupt, disorient, and provoke visitors in the pavilion at every turn. The entry gallery is all but consumed by “Spoiled Foot,” which Hyperallergic’s Cara Ober reports:

…is shellacked together into a bulging, seething mass that impinges upon your personal space — that precious American concept — and forces you closer to your neighbors than is customary. The good news is that you’re allowed to touch it.

Bradford creates such a heightened sense of social narrative and interconnectivity, that one reviewer regards him as a new Pollock. Andrew Goldstein of Artnet News says:

Pollock’s real groundbreaking contribution was bringing a whole other category of endeavor—the whole theatrical performance of “action”—into painting, expanding the medium’s very definition in a way that’s influenced countless artists. Bradford is doing that too, expanding painting by bringing social practice into his artist’s studio by tying his work as a painter specifically to his work with foster children and other at-risk communities. 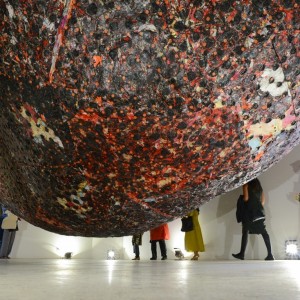 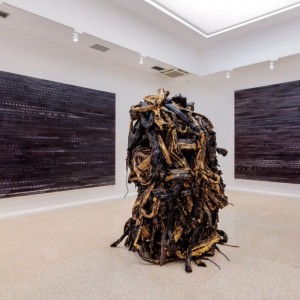 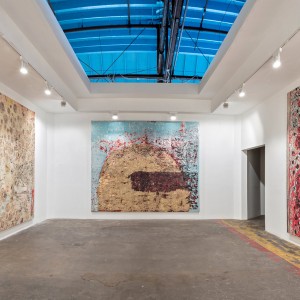 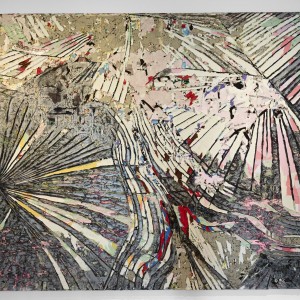 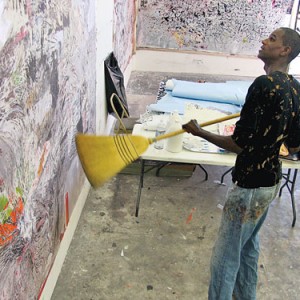 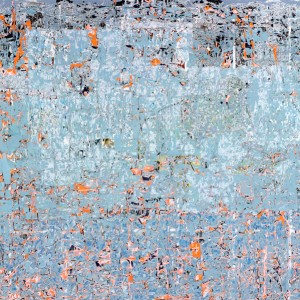