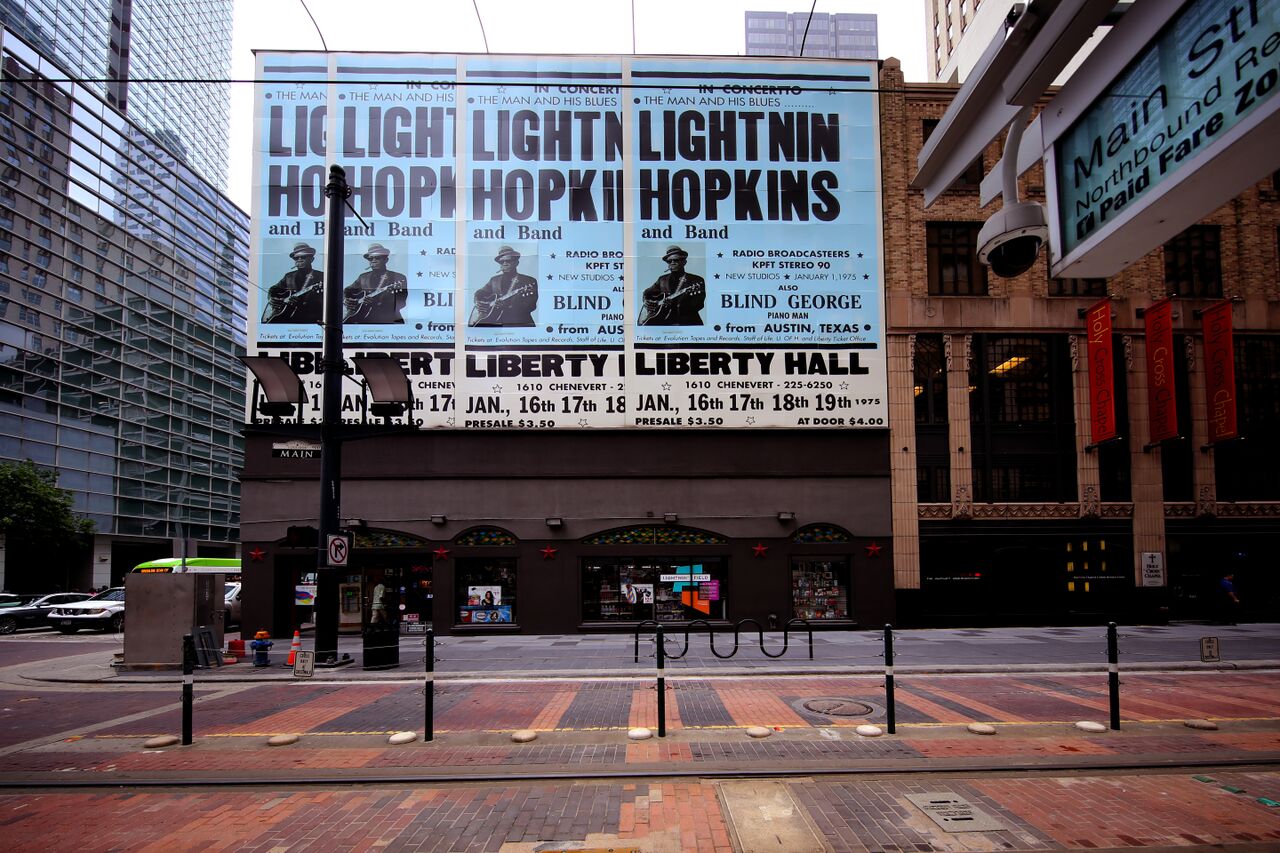 Aside from recently being featured on CODAworx (Collboration of Design + Art), Houston Press named the billboard as 2016 Best Houston Mural.

“New public art has been sprouting up all over Houston, and this past spring one such piece flashed back to when one of our true musical icons could pull off a four-night stand at one of the city’s prime concert halls. Created by native Houstonian Jamal Cyrus, Lightnin’ Field recreated a vintage block-style poster of Lightnin’ Hopkins’s January 1975 appearances at Liberty Hall — once located just a few blocks from the mural — on a 40′-by-60′ patch of wall above the Just A Dollar store on Main. Erected as part of the Downtown District’s Art Blocks initiative, the mural has since been replaced, but for a few months it stood as a fittingly larger-than-life tribute to a musician and a venue who both helped put Houston music on the map.”