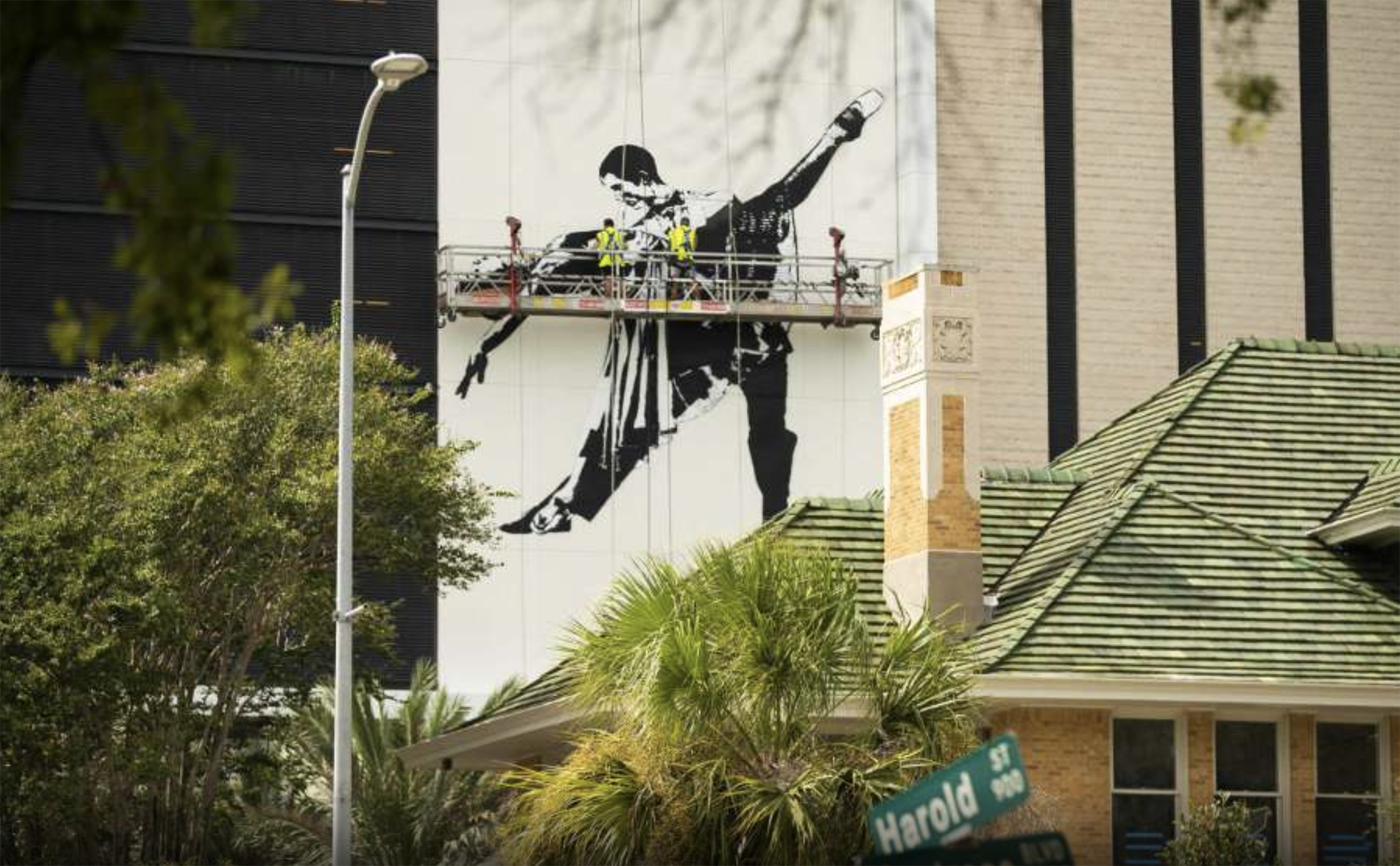 Here’s the story behind Houston’s new mural in Montrose

Houston Chronicle’s Arts and Culture writer Molly Glentzer shares the story of the new mural by french graffiti artist Blek le Rat that has been painted onto the facade of the newly constructed Residences at La Colombe d’Or.

Blek le Rat, a 69-year-old French graffiti artist, was selected by the Zimmerman’s who have been following Blek’s artwork over recent years and wanted artwork that both residents and those passing by could enjoy.

In regards to the mural Glentzer writes:

The image strikes a balance between fine and street art and also the owner’s different generations, adds Lea Weingarten, the consultant. “It’s an art historical image being used as street art,” Zimmerman notes that tango is inherently democratic, often performed in the streets, so the image also speaks to the democracy of street art — and his project. “This is on a major street where everybody can enjoy it…. It’s a surprise, a gift for a lot of people,” he says.

Read the full story about Blek and his latest mural “Tango Dancers” here.

Houstonia: Meet the Artists of House of Cards