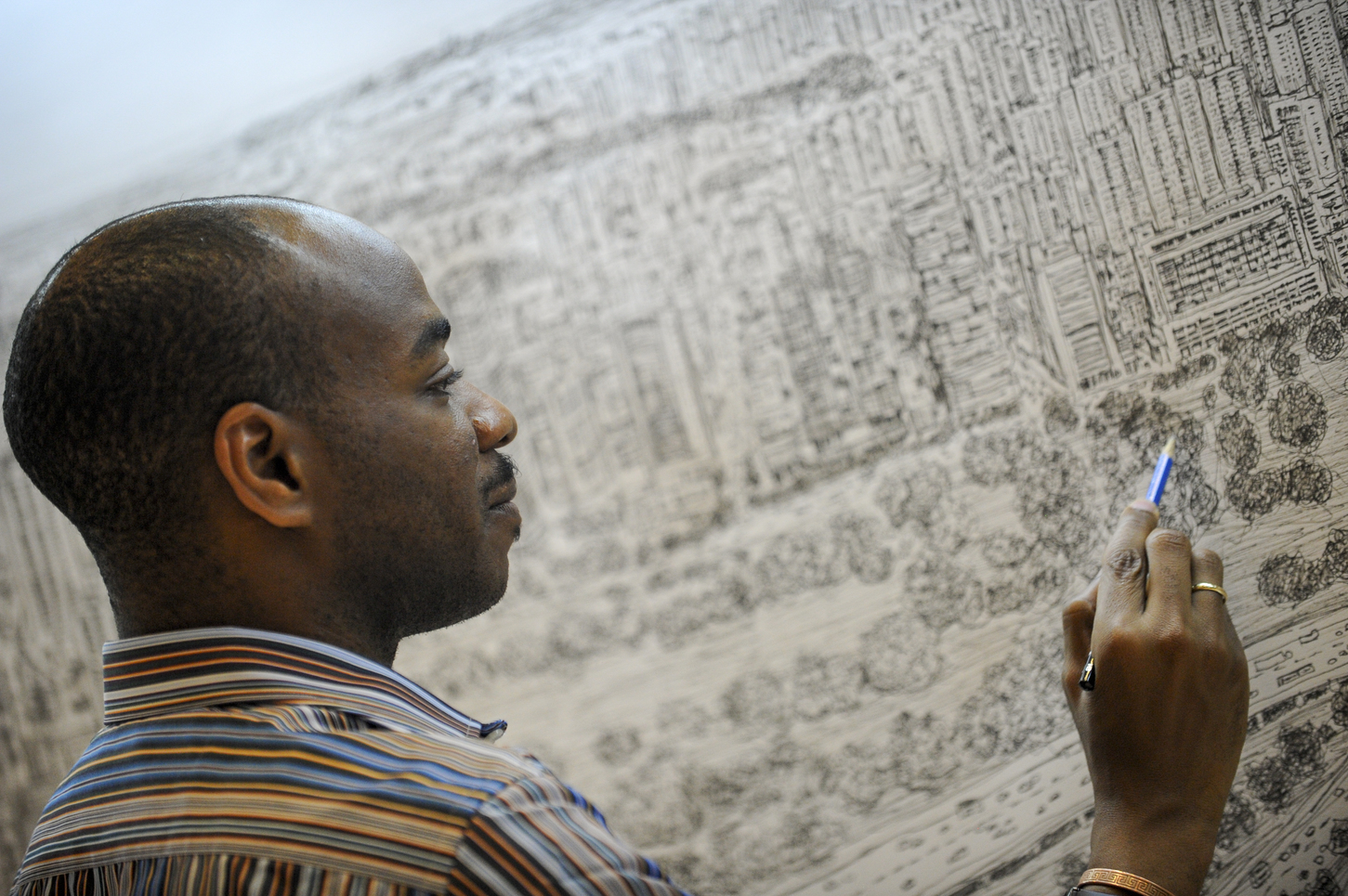 Elevate Houston: A WAG project that inspires everyone to reach for the stars

Known around the world for his signature detailed panoramic landscapes, artist Stephen Wiltshire will make his debut visit to Houston in April to create a spectacular panorama of the Bayou City live at The Galleria.

This five-day project, titled “Elevate Houston: The Big Picture,” will commence on April 19 and conclude on April 23.

Wiltshire will observe Houston via a one-time dedicated helicopter ride to study the city’s iconic architecture and scenery. The following day, Wiltshire will commence work publicly at The Galleria, spending seven hours each day sketching his 3-foot tall by 12-foot wide panorama of Houston drawn entirely from memory.

At the age of three, Wiltshire was diagnosed with autism. During his early education in London, it was noticed that his favorite activity was drawing. It soon became apparent he communicated most effectively with others through the language of drawing; first animals, then London buses and finally buildings. Having been mute as a young child he learned to speak fluently at the age of nine. However, he remained dedicated to drawing and his early illustrations indicated an unusual ability to draw highly detailed landscapes and cityscapes entirely from memory.

Wiltshire’s precise memory and mastery enable him to look at a subject only once and reproduce it in exacting detail. He is able to recall particular nuances of cityscapes including windows, elevations and decorative architectural elements.

“Elevate Houston: The Big Picture” brings attention to Houston as an international hub of creative energy and diversity, a destination that embraces innovation, entrepreneurship and community. Visitors can follow the progress on Elevate Houston’s Facebook Page, Instagram  and Twitter, and using the hashtag #elevatehou.