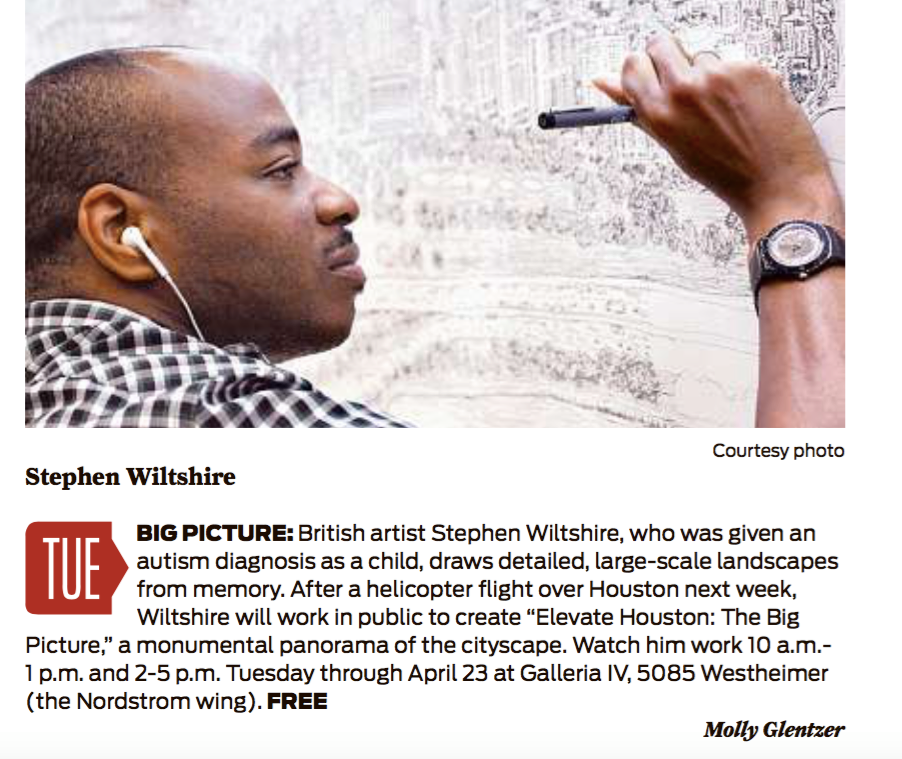 Big picture: British artist Stephen Wiltshire, who was given an autism diagnosis as a child, draws detailed, large-scale landscapes from memory. After a helicopter flight over Houston next week, Wiltshire will work in public to create “Elevate Houston: The Big Picture,” a monumental panorama of the cityscape. Watch him work 10 a.m.-1 p.m. and 2-5 p.m. Tuesday through April 23 at Galleria IV, 5085 Westheimer (the Nordstrom wing). FREE.

Power and understatement: Struggle finds resolve in the abstract art of Adam Winner