When British-Indian sculptor Anish Kapoor presented his sculpture for the 2012 Olympic Games in London, critics didn’t have many compliments about the 337-foot vertical winding tower.

According to ArtNet.com, the artist agreed, noting that “it’s an object with all its elbows sticking out and it is slightly awkward, but I think I made it for that reason, I wanted it to be slightly awkward.” 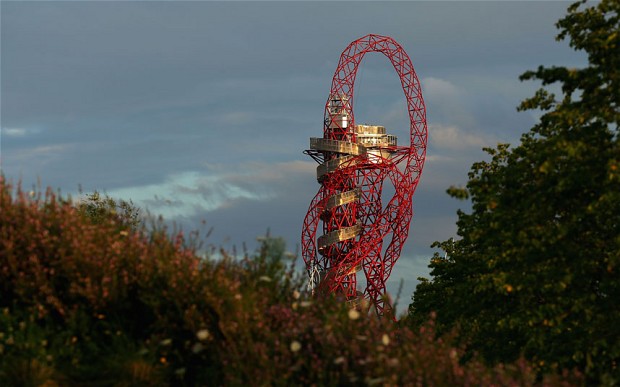 But it appears as though the work will get a new life as a colossal slide that will delight visitors of all ages.

From Spring 2016, the tower will be turned into a gigantic, 180-meter slide. According to the Telegraph, the helter skelter will be suspended 76 meters above the ground and wrapped around the metal frame of the tower.

For an affordable £5 ($7.8) entry fee, users will circle around the tower five times before sliding down a 50-meter toboggan towards the ground. Not fit for the faint-hearted, the ride will take around 40 seconds to complete, with users reaching a speed of 15 miles per second.

The slide will be suspended 250 feet above the ground before it wraps around the sculpture’s structure five times. The ride will conclude with a 165-foot drop before reaching ground level.

According to The Telegraph, “Riders will hit speeds of 15 mph during their descent, which is expected to last about 40 seconds. The tower is constructed from 2,000 tonnes of steel and is [375 feet] high, making it the tallest sculpture in the world. The Statue of Liberty by contrast is [305 feet] high.”

Video: It doesn’t take long before people of all ages are tempted by colorful, innocent play