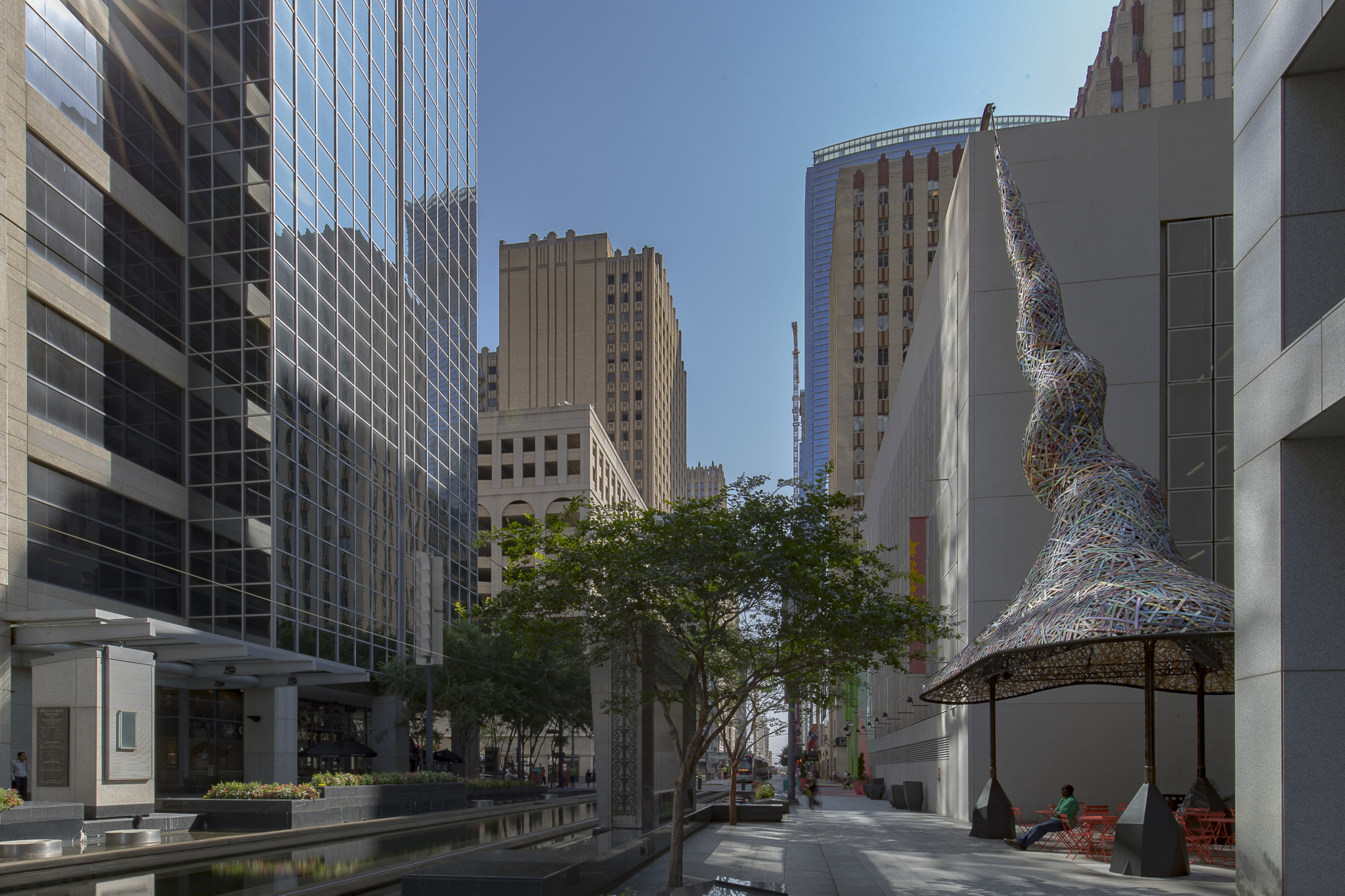 The Houston Downtown Management District has extended Art Blocks with a selection of temporary art projects through the end of 2017. Why, you ask?

“The Downtown District and the Downtown District Public Art Committee launched Art Blocks last year as a way to repurpose, redefine and reenergize Main Street Square, and the response from visitors, workers and residents has been overwhelmingly positive,” said Bob Eury, Executive Director of the Downtown District. “We are thrilled to extend a few of the works and introduce new ones as a way to continue presenting public art that is accessible to all, both physically and aesthetically.”

Trumpet Flower, conceived by Houston sculptor Patrick Renner and produced by the Flying Carpet Collective, will remain on view at One City Centre through December 2017. Slats of brightly colored recycled wood form the skin of this steel-framed structure, which functions as both a public art piece and a shade canopy. The chairs and tables underneath are an inviting location for pop-up meetings, picnic lunches and intimate activations.

The Main Street Marquee, a billboard-sized canvas on the building face above the Main Street Market, will also remain through the end of the year at the corner of Main Street and Walker Street. In consultation with the Downtown District Public Art Committee, Weingarten Art Group opened a call for Texas-based artists to submit proposals for the installation. The selected artists will be announced in April.

Two windows in the Sakowitz garage at 1111 Main Street — formerly home to the interactive video installation más que la cara (more than the face) by YesYesNo — will feature a new collaboration between the Downtown District and Aurora Picture Show. Sidewalk Cinema presented by Aurora Picture Show will be a quarterly rotation of contemporary video works beginning in April; the first installation will be called Color Play and introduces four artists whose videos all utilize color with boldness and playfulness.

Art Blocks focused its activation of Main Street Square during its first year, but Downtown District continues to examine other downtown zones for future iterations of the public art project.

Sharon Engelstein in the Park