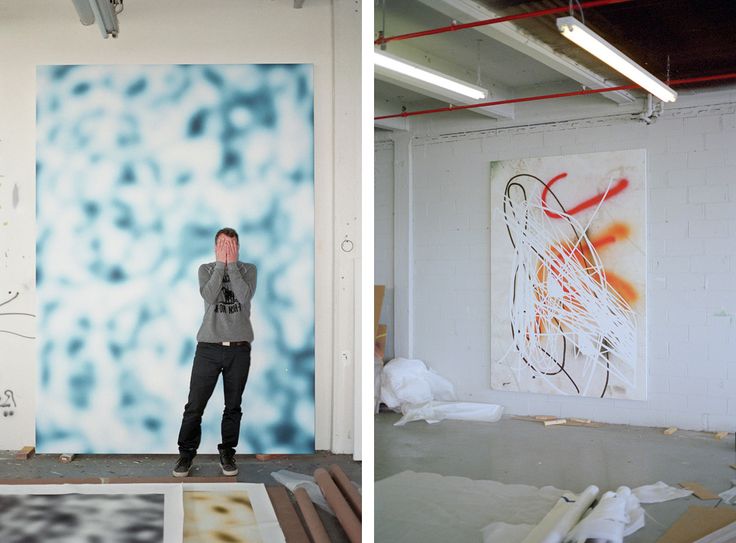 Who: American artist Jeff Elrod, born in Irving, Texas, currently lives and works between Marfa, Texas and New York City. He received his BFA from the University of Texas and, from there, went on to study at the Rijksakademie in Amsterdam.

About the artist: His works have been featured throughout New York including in collections at The Museum of Modern Art, the Whitney Museum of American Art and the Solomon R. Guggenheim Museum. He has also been featured at the Vito Schnabel Gallery in St. Moritz, Switzerland, the Simon Lee Gallery in Hong Kong, and Art Basel in Miami Beach, amongst others.

What he is known for: Admired for his large-scale abstract works that utilize both manual and digital techniques through painting, digital photography and photoshop, Elrod creates vibrantly colored works of art that challenge the traditional role of a painter’s studio. He experiments with incorporating photographic elements such as transparency, focus and superimposition in with strokes of the paintbrush.

What’s being said about him: Gallery Luhring Augustine, located in New York, in reference to Elrod says:

Elrod began painting abstractions inspired by super graphics and video game imagery in the early 1990s. In 1997, as a means to distance himself from his conscious mind, he began to use the computer to facilitate paintings through a technique he calls “frictionless drawing.” The software program allows for the production of lines and color fields without the direct intervention of the artist’s hand, thus allowing him the freedom to experiment and engage his subconscious mind, as ‘a digital breed of automatic writing. 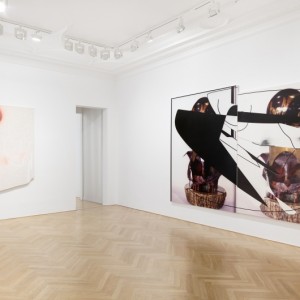 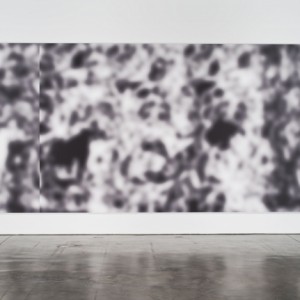 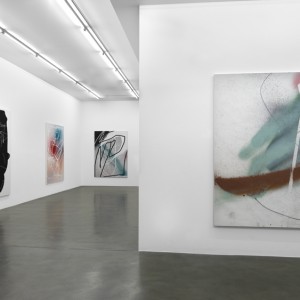 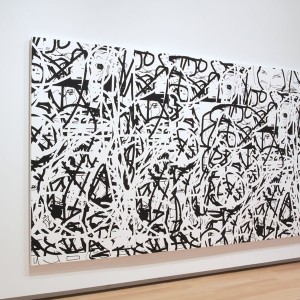 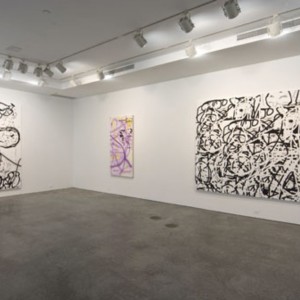