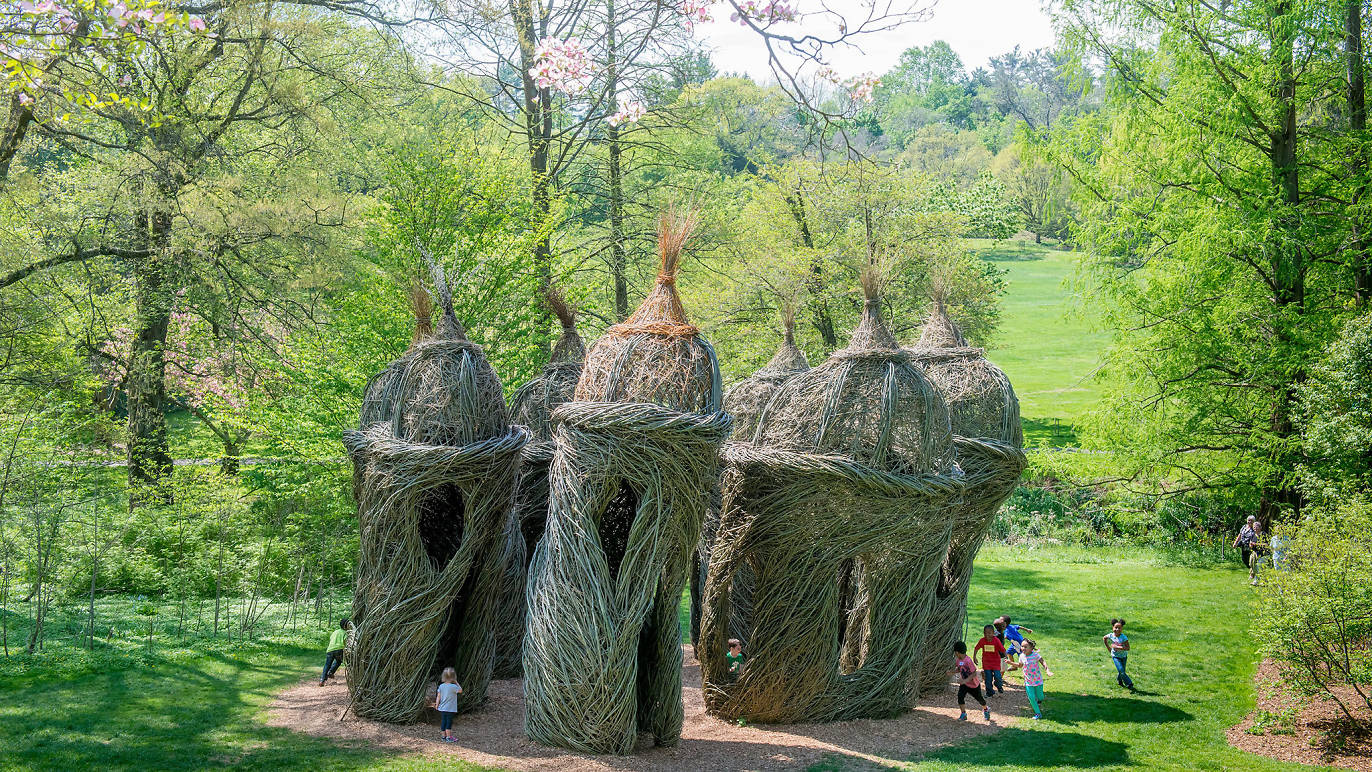 TimeOut Austin features a WAG public art project in collaboration with Pease Park Conservancy. A sculptural environment by Patrick Daugherty is scheduled to open to the public on Feb. 10. The park will host a talk with the artist and firm principal Lea Weingarten on January 22 at the Dougherty Arts Center.

“We all played with sticks when we were children,” says the sculptor Patrick Dougherty. “Kids always know what to do with sticks.”

The North Carolina artist never put his sticks down—he decided, instead, to make a living off of them, sculpting more than 275 pieces around the world using site-specific saplings. Dougherty’s works are large, graceful and intricate, and today he brings his talents to Custer’s Meadow in Austin’s Pease Park, where he has started to construct one of his signature behemoths.

“As a sculptor, I saw the potential of [saplings] being lines with which to draw,” says Dougherty, who produced his first piece, Maple Body Wrap, for the North Carolina Museum of Art in 1982. “Sticks are generally tapered, so if you organize saplings in one direction, you imply a certain mobility. There’s a slight sense of movement to it.”

While many of Dougherty’s pieces exhibit similarities in structure—leaning huts are a common theme, as are vaselike towers—no two projects are the same. But when asked about his plans for Austin, he admits that designs aren’t solidified until he’s standing on his canvas—in this case, a park.