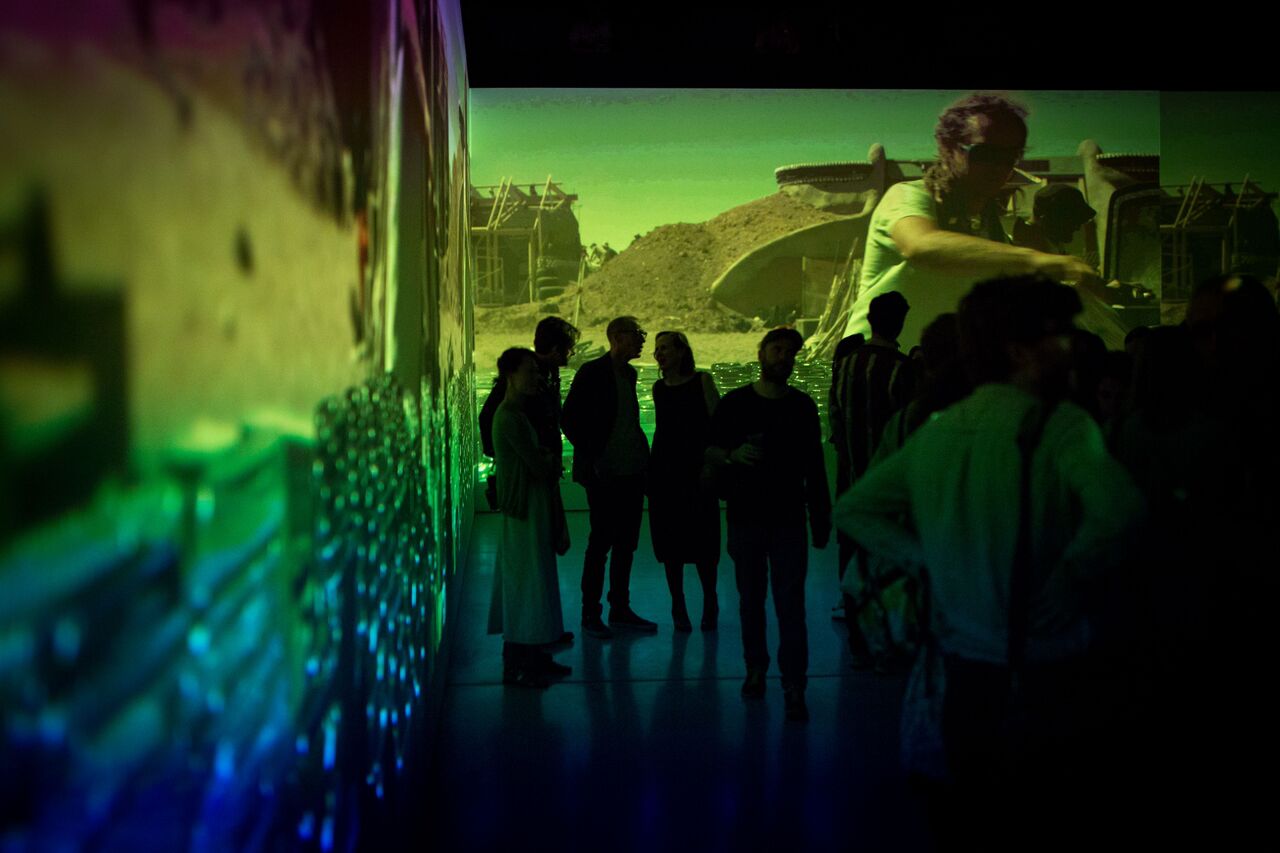 For those who view processed culture as a problem, then New York-based video and installation artist Doug Aitken is the panacea — at least in how he’s curated a living art project titled “Station to Station: A 30 Day Happening” at the Barbican Centre in London.

From June 27 through July 26, 2015, the Barbican Centre hosts this 30-day fest that previously traveled more than 4,000 miles across the United States before it skipped across the pond. If the storied Woodstock Music and Art Fair had an experimental cousin, Aitken’s vision would be it.

[pullquote align=”left” cite=”” link=”” color=”” class=”” size=””]”This is the kind of project where the second you leave the room, something else has happened.”[/pullquote]

Aitken further explains that today art is surrounded by industry — visual art by galleries and auction houses, music by recording companies and video by Hollywood. While much of the world identifies with the standards and conventions established by these big businesses, Aitken wishes to empower creative visionaries to free themselves from such expectations. His vision? What may exist on the verge of friction and experimentalism.

“The project is always changing,” he adds. “Kind of like a particle accelerator, where all these ideas are moving and mingling together, so it doesn’t become that traditional exhibition where you go, you see and you walk out with a catalogue. This is the kind of project where the second you leave the room, something else has happened. And London is just an incredible international crossroads.”

Watch the video preview below: