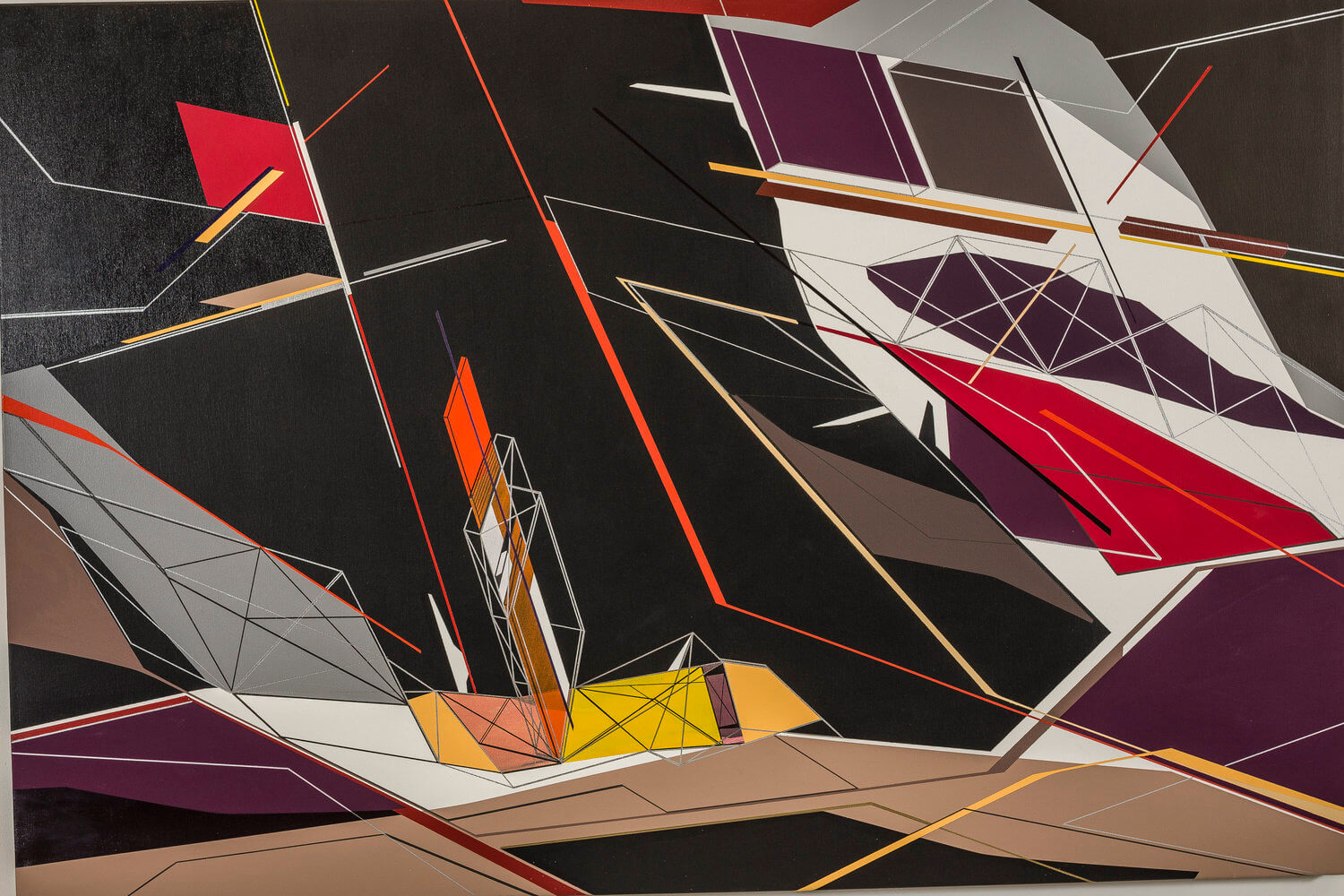 Step inside the curious mind of an architect through art

Who: Mexican artist Anibal Catalan, an architect by training who creates paintings, drawings and installations. Anibal Catalan received his bachelor of fine arts from the National School of Painting, Engraving and Sculpture La Esmeralda, Mexico City, and attended the School of Architecture, Universidad Anahuac in Mexico City.

As a solo artist, Anibal Catalan has been featured in exhibitions at Headroom Gallery in Leon, Guanajuato, Mexico; Salt Fine Art, Laguna Beach, California; Yautepec Gallery in Mexico City; Space CAN Seoul in Korea; and Brasilea Kulturhaus in Basel, Switzerland.

What he’s known for: Space-sculpting design-like images that incorporate abstractions of walls, roofs, dividers, cables, pillars, scaffolding and grids that appear as though they were distorted by wild external forces. According to Anibal Catalan’s artist statement, his work “is based in the fusion of two-dimensional and three-dimensional mediums, from traditional painting to site-specific installations, using architecture as a language that allows me to dialogue within different forms of representation.”

In his sculptural installations, Anibal Catalan is influenced by Russian Constructivism, through which he weaves thoughts and aesthetics extracted from the concept of de-constructivism.

What’s being said about him: In an article titled “At BMoCA, Anibal Catalan dreams up his utopia,” Denver Post fine arts critic Ray Mark Rinaldi writes:

Catalan leans his work toward design, and that makes his painting less abstract, more picturesque and easier to access. You don’t so much have to make out images as you have to figure out what Catalan wants us to notice about them. Which buildings stand out and how do they relate to one another? How is land divided into polygons and slivers and what does that look like if you take away the people and the cars?

Like any good architect, he is all about context, presenting his works in relation to one another, and more broadly to the room and the whole museum where they are displayed. All new buildings relate to the buildings around them (at least the good ones do), and Catalan links his paintings together in similar ways.

This show lets Catalan play in his make-pretend world, and it’s a very interesting place to visit.

On our Radar: John Houck