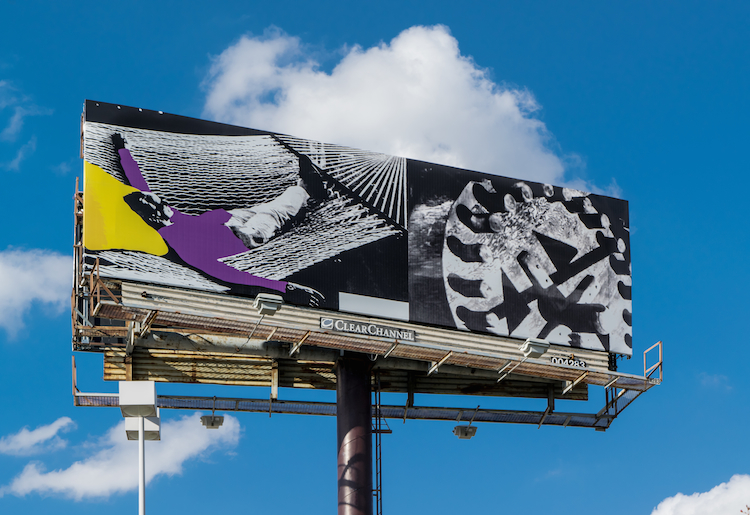 On Mondays, we share our favorite public art works from Houston and around the globe with you. We believe passionately in the transformative power of public art for both the individual and in communities. Check out previous Public Art Monday posts here.

In this Public Art Monday post, we’re looking at an ambitious group venture that juxtaposes aesthetic prowess to what’s otherwise a banal milieu that literally speeds by our very own eyes. Taking Interstate 10 — the fourth longest highway in the United States and the country’s southernmost transcontinental thoroughfare — as its blank canvas, The Manifest Destiny Billboard Project divided the road from Florida to California into “chapters” assigned to 10 artists.

The Manifest Destiny Billboard Project was imagined by artist Zoe Crosher and was co-curated by the artist and LAND (Los Angeles Nomadic Division) director and curator Shamim M. Momin, who wrote: “By physically moving through and mapping the very landscape that has been so fantasized, dreamed about and capitalized upon in a breadth of positive and negative ways, the artists have the opportunity to address their work to the idea in a variety of ways — opaque or direct, tangential or political, macro and micro.”