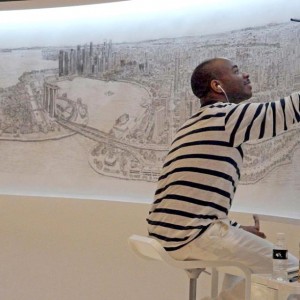 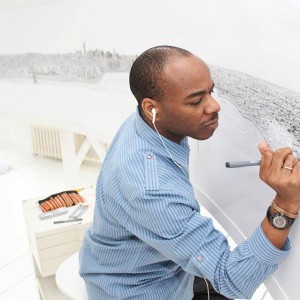 Known around the world for his signature detailed panoramic landscapes, artist Stephen Wiltshire makes his debut visit to Houston to create a spectacular panorama of the Bayou City live at The Galleria, Level IV One between Macy’s and Nordstrom.

This five-day project, titled “Elevate Houston: The Big Picture” commences on April 19. Stephen Wiltshire will observe Houston via a one-time dedicated helicopter ride to study the city’s iconic architecture and scenery. The following day, he will commence work publicly at The Galleria, spending seven hours each day sketching his 3-foot tall by 12-foot wide panorama of Houston drawn entirely from memory.

Stephen Wiltshire’s precise memory and mastery enables him to look at a subject only once and reproduce it in exacting detail. He is able to recall particular nuances of cityscapes including windows, elevations and decorative architectural elements.

“Elevate Houston: The Big Picture” brings attention to Houston as an international hub of creative energy and diversity, a destination that embraces innovation, entrepreneurship and community.