Fighand by Carolyn Salas at Live at Brava

The goal for this project was to select an artwork that reflects the sophistication of the Live at Brava building’s architectural and design sensibilities, and alongside that have the art pay homage – in an abstract but meaningful way – to Brava’s physical context in proximity to the Theater District.

Carolyn Salas was chosen for this opportunity for number of nice convergences between Carolyn’s work and Brava’s aesthetics.

In relation to the theater narrative, the flatness of the intersecting planes in her sculptures speaks to the concept of set designs – how 3D form is represented through flat shapes.

Additionally, and especially for the pool deck, Carolyn’s work functions well in the round – creating an impactful view from the inside through the window for anyone exiting the elevator. It adds to people’s curiosity about what’s outside. Seeing the sculpture from one angle isn’t enough – the viewer is compelled to walk around it to see how the shapes intersect and change. It creates a performative, active experience that the viewer’s body animates.

Carolyn’s work really speaks to Brava’s residents in the way it combines abstraction and figuration. The simplified human form is accessible to a broad audience, but for anyone more attuned to art, there is a lot to mine in terms of a more layered references. The work references everything from ancient Egyptian carvings to modernist sculptors like Brancusi. The most potent reference may be the way the female form is depicted  – very much inspired by ancient Greek caryatid columns that were in the shape of the female form – which literally bore the weight of stone buildings. The work also touches on ideas of womanhood and feminine identity as a balancing act. 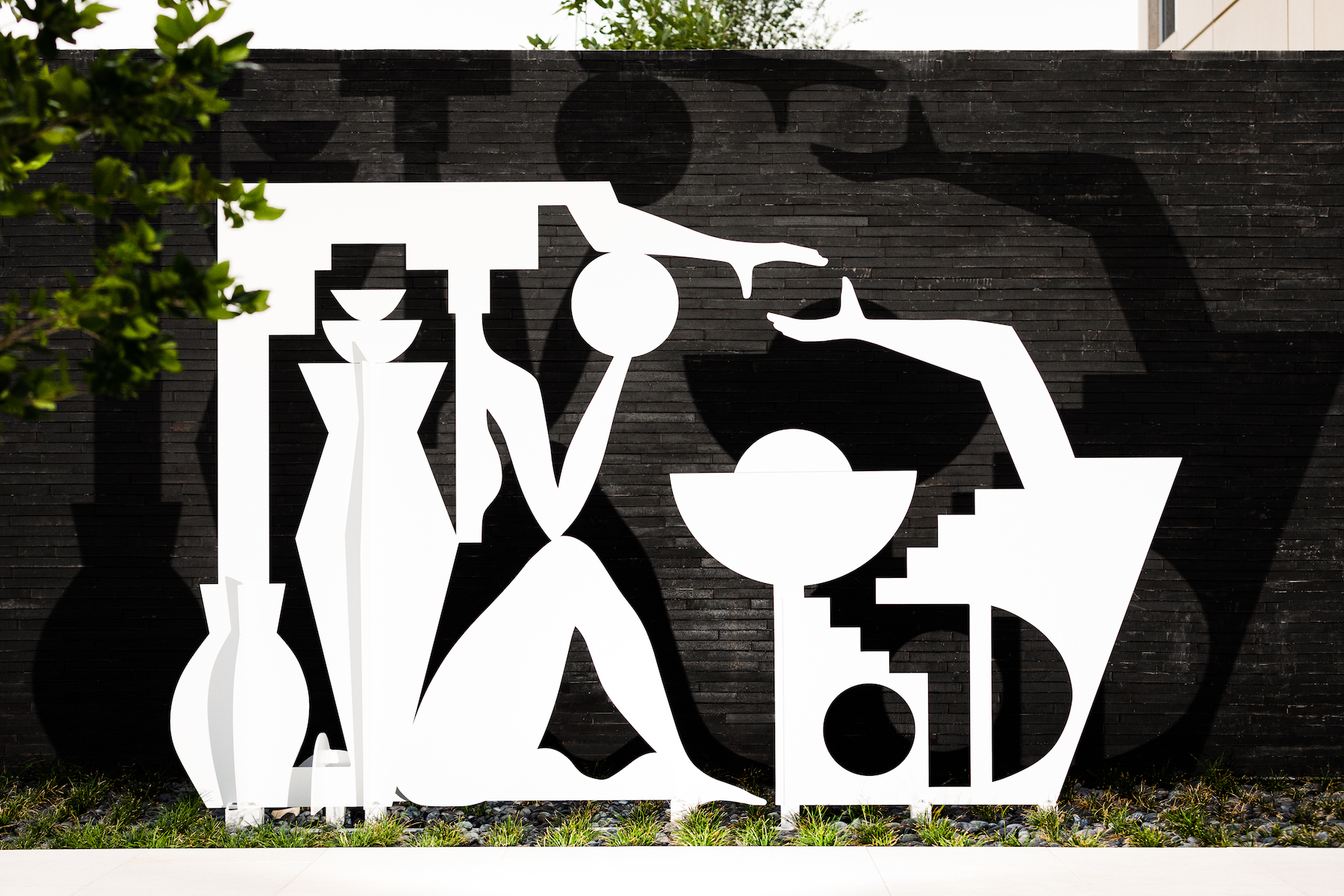 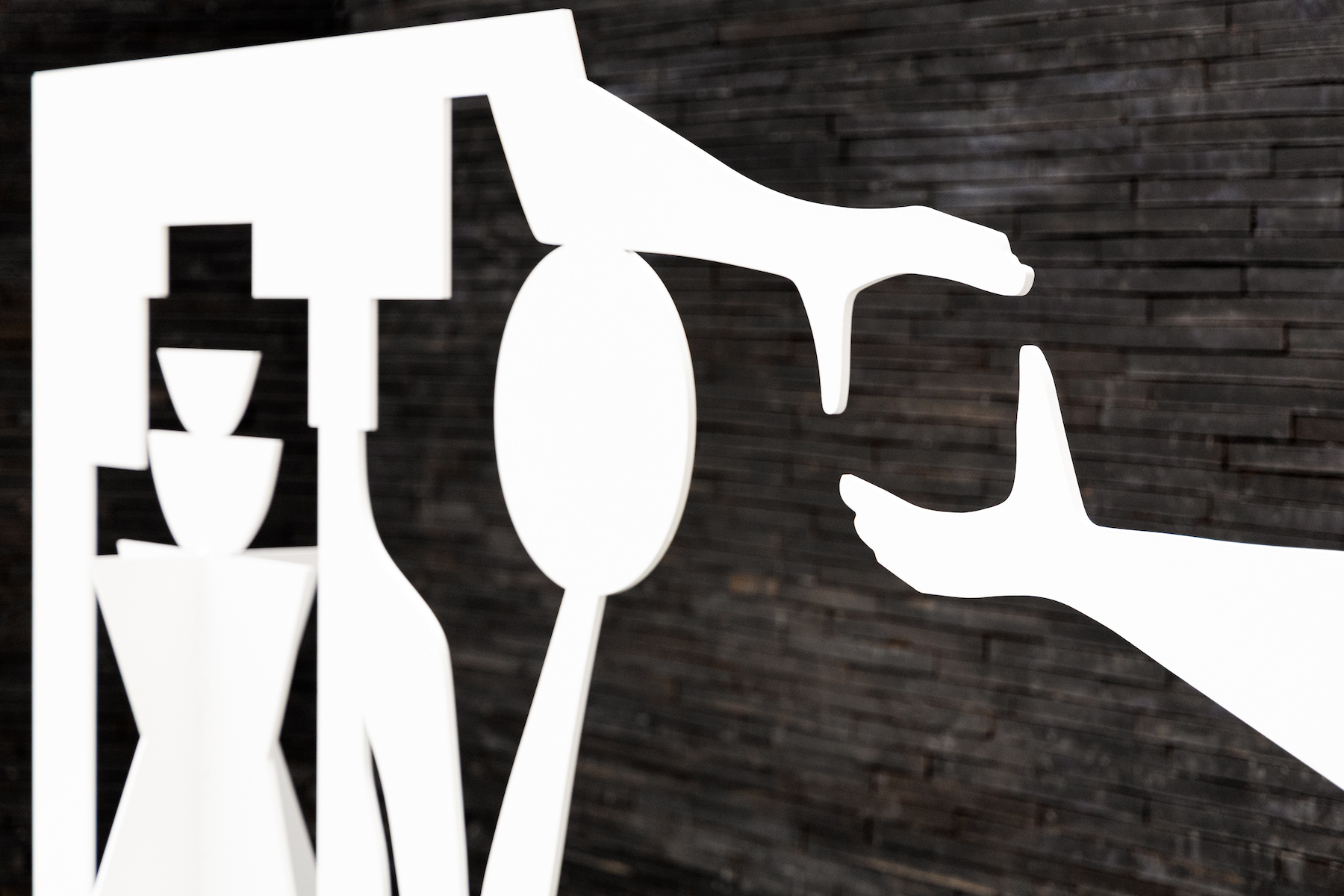 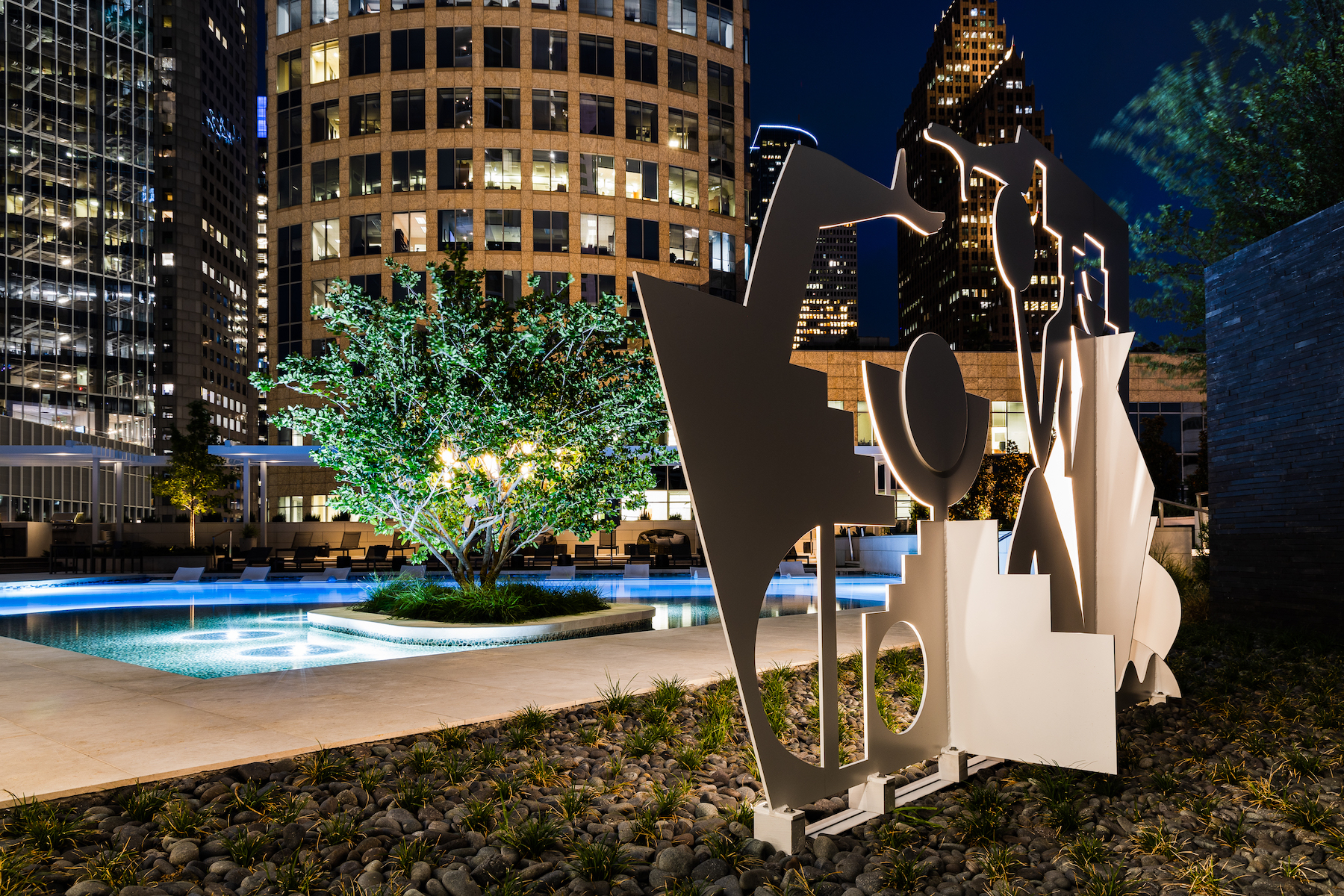 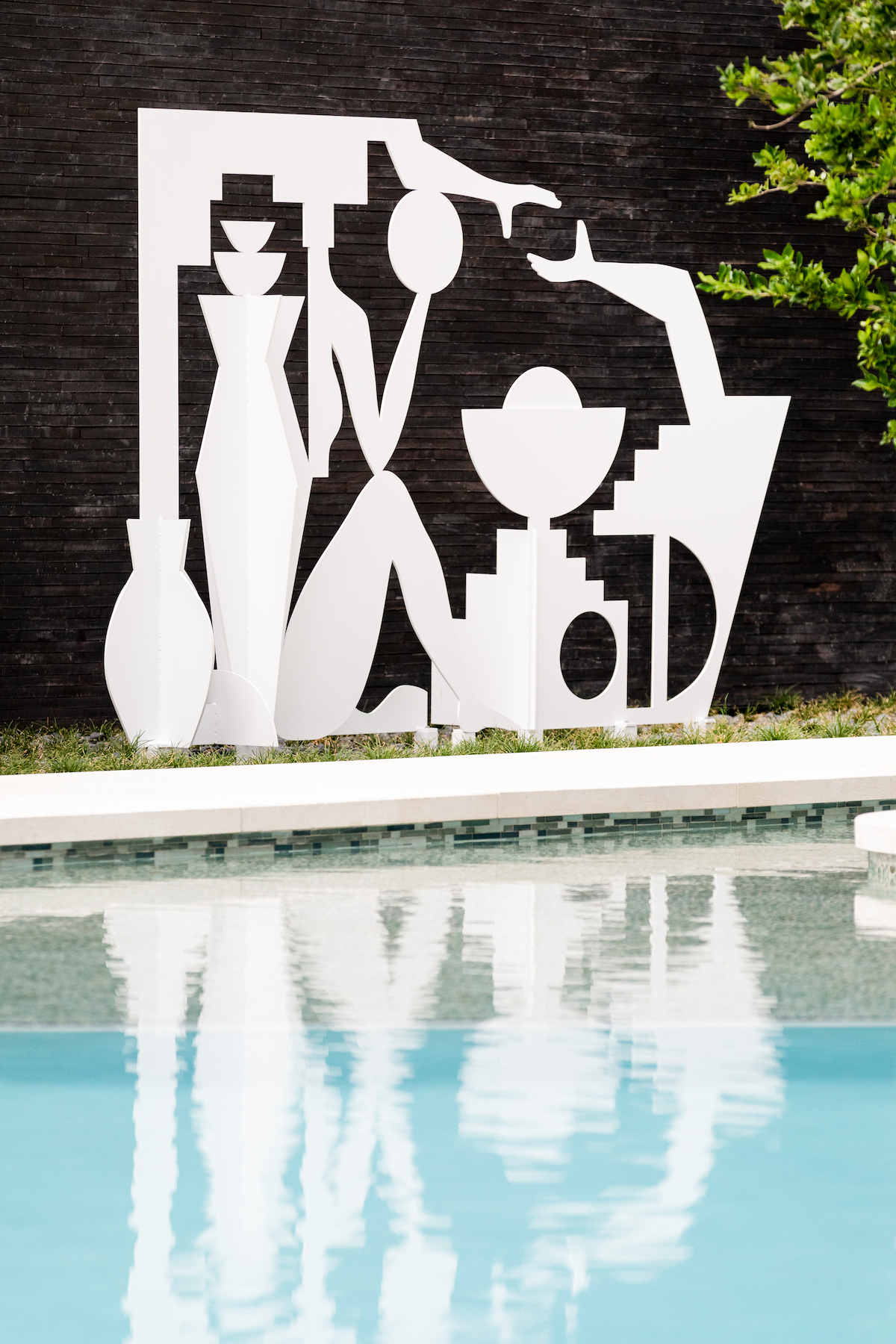 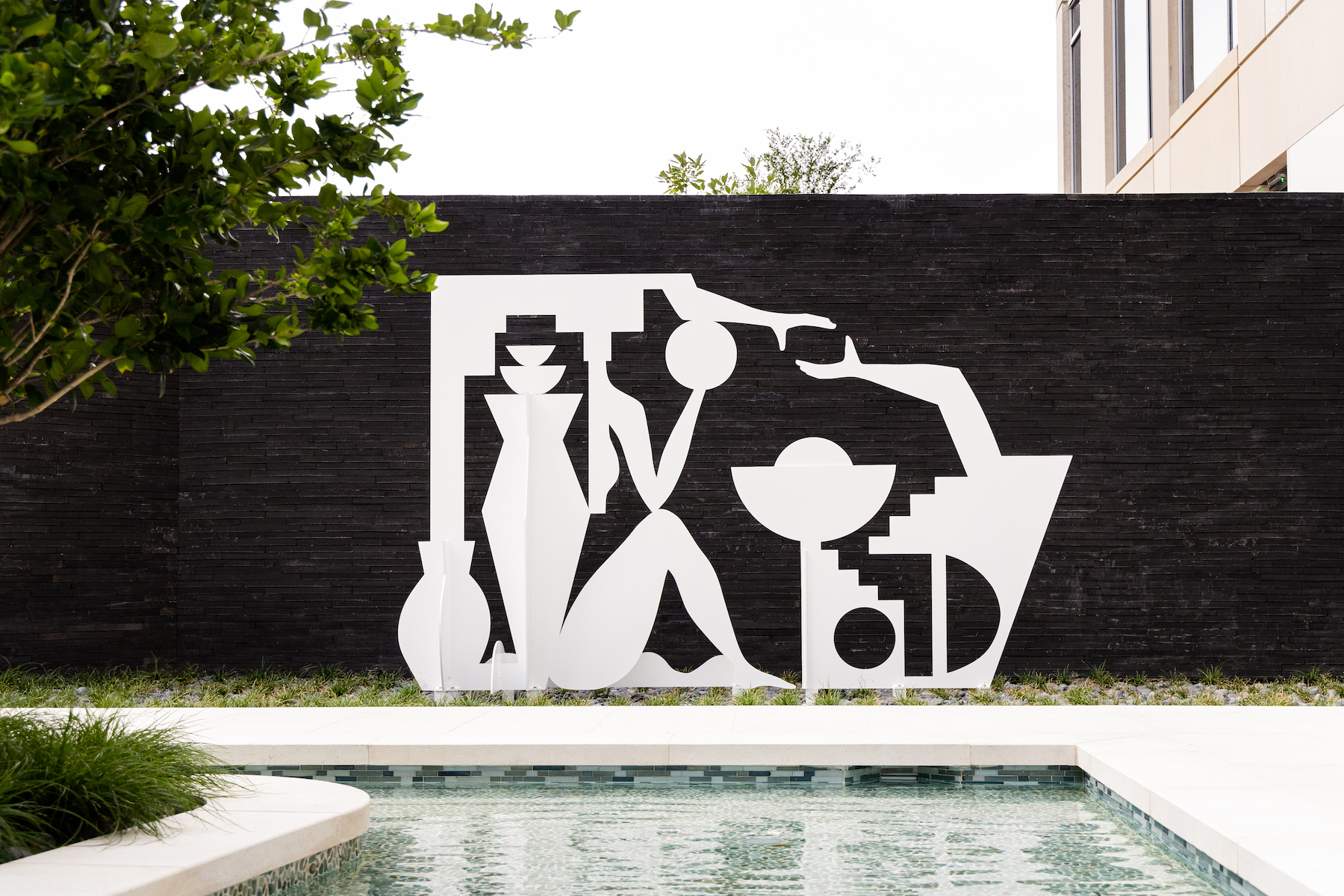 Monograph: Public Art of the University of Houston System October 2019