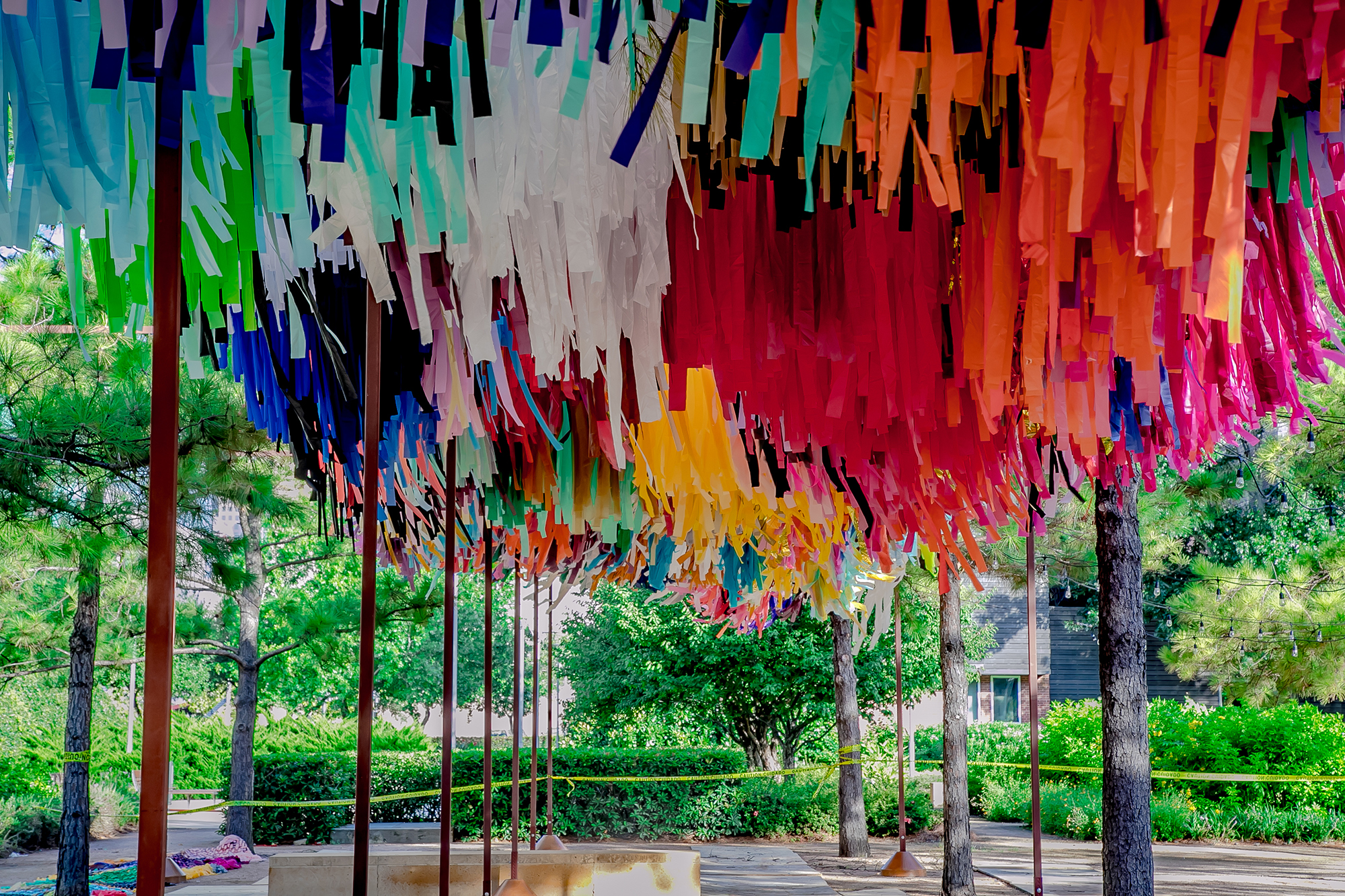 Houston Public Media: The Heart Of Downtown Is Now Bursting With Streamers

The sound of hundreds of thousands of brightly colored streamers blow in the wind and drape over the street, Avenidas De Las Americas, in Downtown.

The streamers bridge Discovery Green and the George R Brown together.

Barry Mandel is the president of Discovery Green.

“The was most unique in that the fact is that is starts in Maconda grove, which is named after one of the founders of the park Maconda Brown O’Connor, and it leads into the building that is named after her father, George R. Brown,” Mandel says.

The installation is called “The Arcade” made by the art group, Color Condition.

Co-creator, Sunny Sliger says the long strips of fabric dangling on beams 25-feet-high are meant to inspire people to go out into the street.

Read and listen to the complete broadcast here. 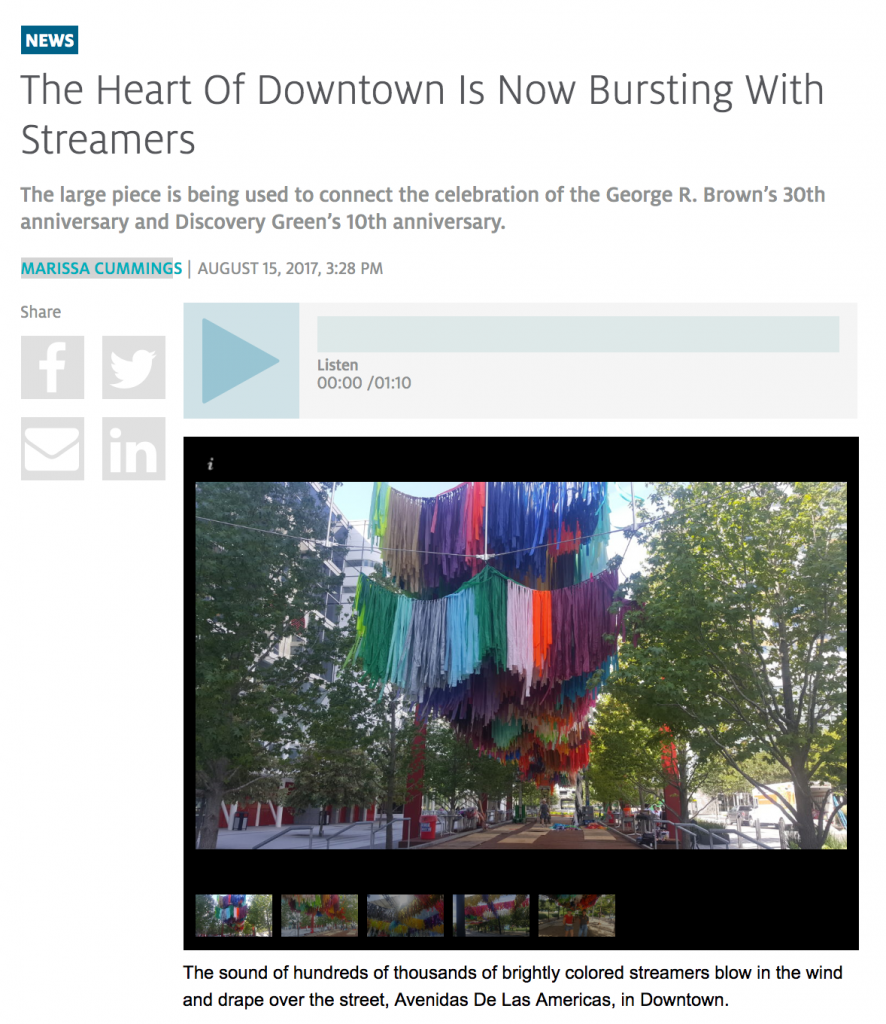