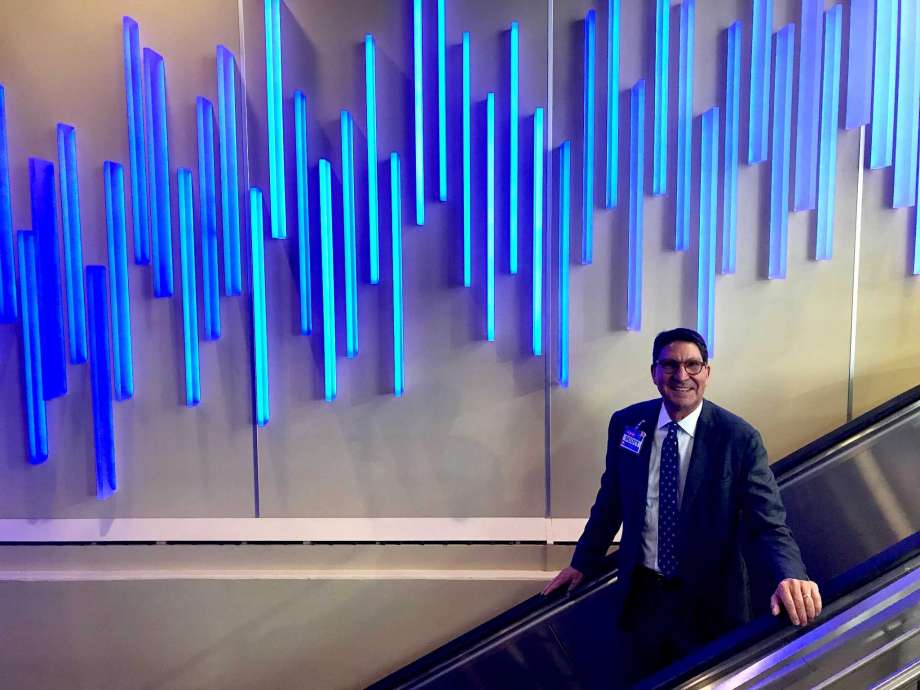 H-E-B engaged the Weingarten Art Group to curate site-specific works by regional artists to add a sense of placemaking to new locations popping up all over the city. Houston Chronicle’s Molly Glentzer recognized the innovative approach and featured the program alongside an interview with H-E-B president Scott McClelland.

In its drive to dominate the Houston market’s grocery store wars, H-E-B launches a new weapon with the opening of its Bellaire store on Wednesday: A public art experience.

As customers enter the store they will see, and perhaps interact with, San Antonio artist Ansen Seale‘s “Blue By You.”

Hanging above the escalator that leads to the store’s ground-level parking garage, the piece consists of a series of vertical light panels with bright colors that ripple and change as people pass. The “idle” color, when no one is near, is blue, a reference to nearby bayous.

Three additional, two-level H-E-Bs under construction for the Houston market will also have escalator area art specific to their communities.

“As people spend 26 seconds riding they can either think about the escalator, or we can inspire them with art,” said H-E-B president Scott McClelland.

In that ordinarily dull space, he saw an opportunity to “democratize” art, making it more accessible to the public. With assistance from Weingarten Art Group, H-E-B’s program will focus on Texas artists.

This is not the company’s first public art purchase. Last year H-E-B donated a Brendan O’Connell painting to the city. Serendipitously, that work — which depicts a vista across Central Market’s aisles — also hangs above an escalator, at Hobby Airport’s baggage claim area.

While features such as delivery, curbside service, take-out delis, coffee shops and pharmacies become increasingly standard in the grocery business, H-E-B recognizes that each of its stores can also be a community hub. Every store is stocked and arranged differently, with a different exterior, McClelland said. “We realized with the store in Montrose that store aesthetics can speak to people. Having art is just the next step.”

The company has not yet announced the artist for its forthcoming Heights store, due to open in January at 23rd and Shepherd, “but because the Heights is kind of quirky, the art there will be very quirky and will create a big conversation,” McClelland said. “The art we put in will define how people refer to the store: That’s how big the art is.”

Commissions have not yet been awarded for the two remaining projects.

McClelland said the artwork for the H-E-B at the corner of Washington and Waugh will be visible through a huge window that faces Waugh. The fourth, two-level store is due to open in September 2019 in Meyerland. 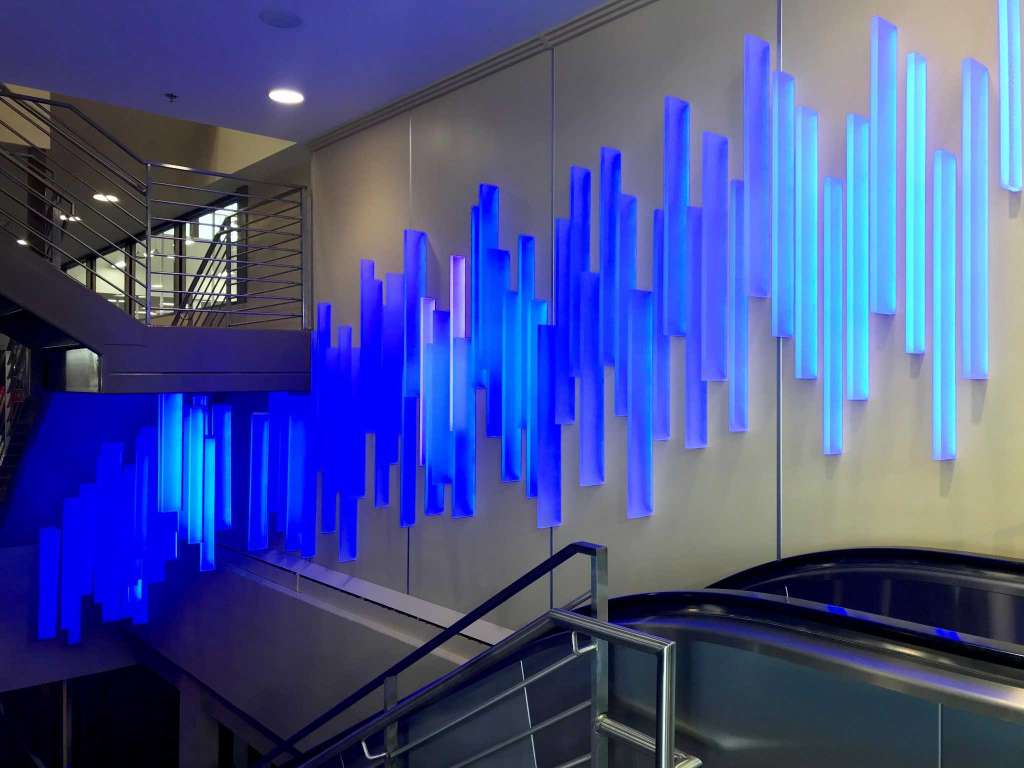