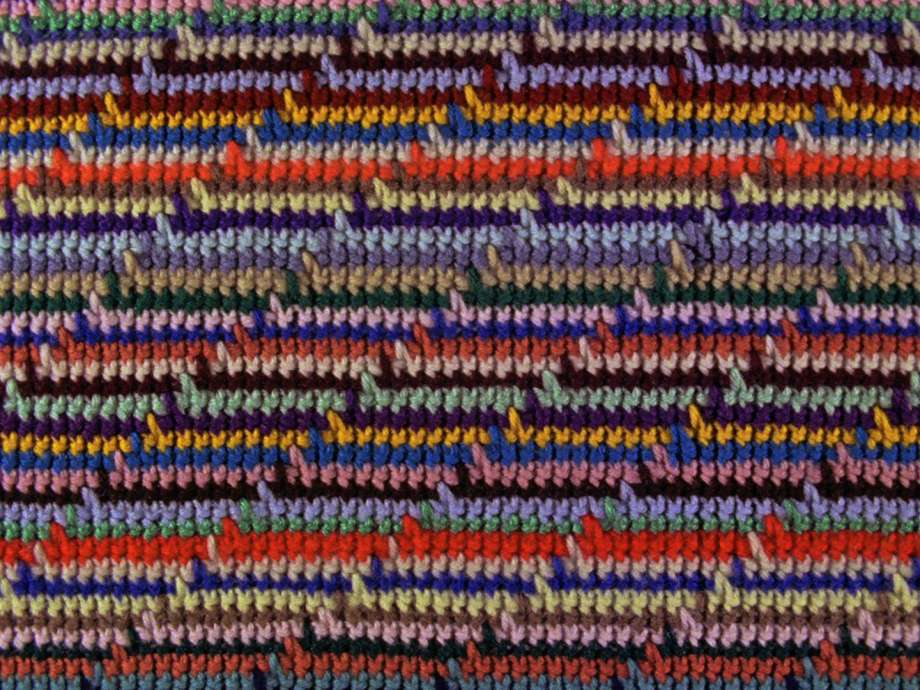 Video art can be a tough sell on a downtown street corner during the daytime. The corner of Main and McKinney isn’t the busiest, but one recent lunch hour, people were still rushing to wherever they were rushing to — a quick lunch, a meeting, a bus, the Metro station.

“Color Play” contains 40 minutes of video with six vertical-format works by four artists. Curator Mary Magsamen doesn’t expect most people to stand there that long, so she chose videos that can be glimpsed for 30 seconds or 30 minutes.

A trio of cleanly composed, three-minute pieces by the Thai-Australian artist Kawita Vatanajyankur kept my attention the longest, maybe because they have a human element. Each features a woman in some uncomfortable position, trying to hold her balance against the odds. In “The Scales of Justice,” with her hips balanced on a gymnast’s parallel bar, the woman holds her body straight while someone off camera throws vegetables into the baskets that hang from her wrists and ankles, tipping her rigid body one way or the other. Minus the gymastics, I know the feeling.