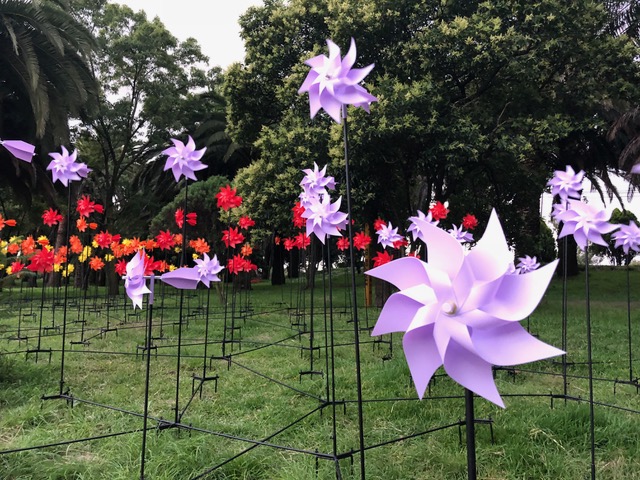 Houston Chronicle: GUST of art is blowing into Discovery Green

Houston Chronicle‘s Craig Hlavaty features Weingarten Art Group’s latest public art installation at Discovery Green, Downtown Houston’s “green village” that has added vibrant programming to the city’s core. As with previous installation as part of a strategic plan, GUST by Mexican collective Cocolab offers an immersive environment that speaks to the playfulness of Houstonians while highlighting diversity and creativity.

Discovery Green’s next interactive art installation will debut on Nov. 16 at the downtown park and run through March 20.

“GUST: Celebrating a Decade of Discovery” was created by Mexico City-based design collective Cocolab. It will be activated by the winds that blow through the park.

A portion of the park filled with nearly 2,000 pinwheels, with these pinwheels brightly-lit at night. They will to respond to the breezes going through the park, changing colors with the wind. Visitors can also spin the pinwheels if they wish at four interactive stations.

“After seeing Cocolab’s work firsthand in several public spaces, we knew that we wanted to engage them to create a site-specific installation for Discovery Green’s 10th anniversary year,” Barry Mandel, president and park director, said in a statement. “GUST is colorful, playful and interactive, and we think visitors will love experiencing the work both day and night.”

Artists Josue Hernández and Felipe Linares will be on hand during the evening on Nov. 15 to talk about GUST and a handful of other special events for the installation are also on tap.

The pinwheels, made of polypropylene, are made by hand in a Puebla, Mexico workshop.

Designed by Hargreaves Associates Landscape Architects in San Francisco, the 12-acre park opened in April 2008 at a cost of $125 million. The city chipped in around $41 million with double that amount coming from private donors. Most people don’t know that it is not a city-owned park, but owned by the non-profit Discovery Green Conservancy that has specific listed park hours, 6 a.m. to 11 p.m. daily. 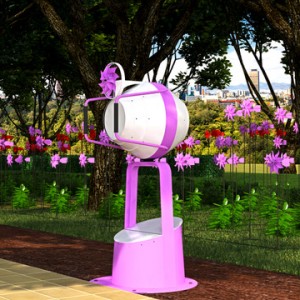 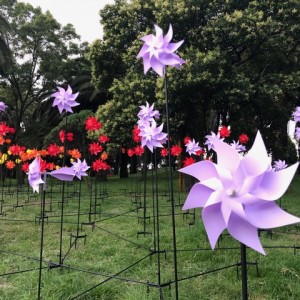 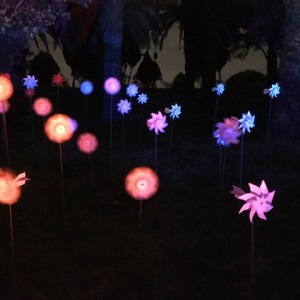 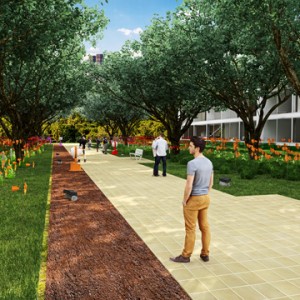 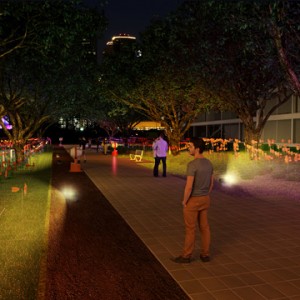 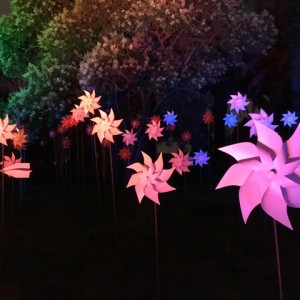 CW 39 Asks Orly Genger About her Boys Cry Too Installation

CultureMap Visits the Field of Light Installation at Discovery Green