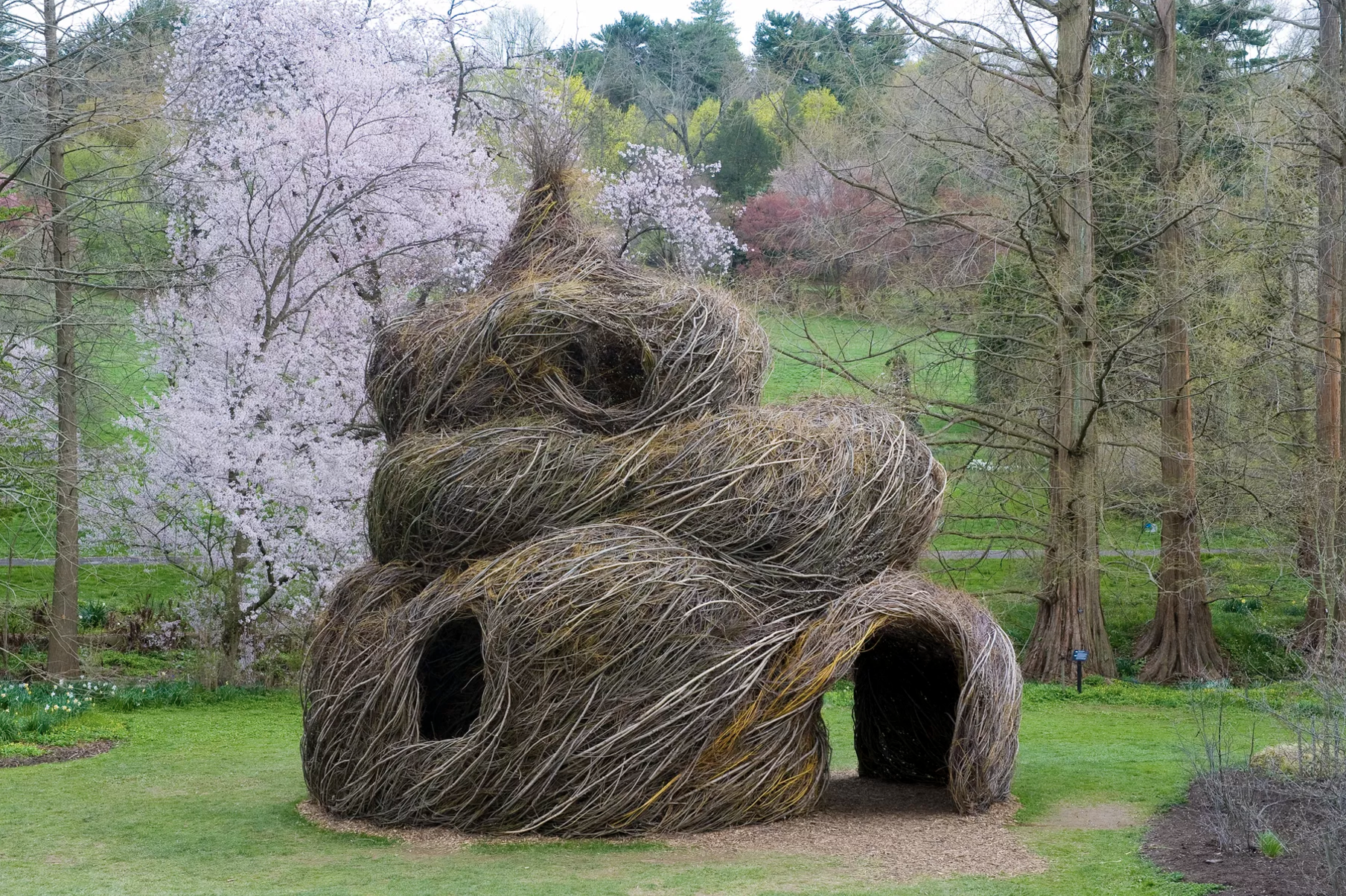 Pease Park Conservancy, keepers of Austin’s oldest park and much-beloved public park just west of downtown, will be soon bringing a major new piece of public art to the space.

Patrick Dougherty, whose internationally acclaimed Stickwork project now has placed more than 275 distinct pieces in public spaces world from Australia to France, will create an original piece for the series to reside in the 84-acre park, which winds along Shoal Creek just west of downtown.

Dougherty’s site-specific structure will used locally harvested saplings (gathered by a local arborist who is volunteering for the work) and will likely inhabit the whimsical, interactive spirit of other works in the series.

It will take about three weeks to build the piece, and Dougherty will be onsite every day to guide to process. Austin volunteers will be invited to help and will be scheduled in single-day shifts to collaborate on the project in a process designed to make the art both for and by the community.