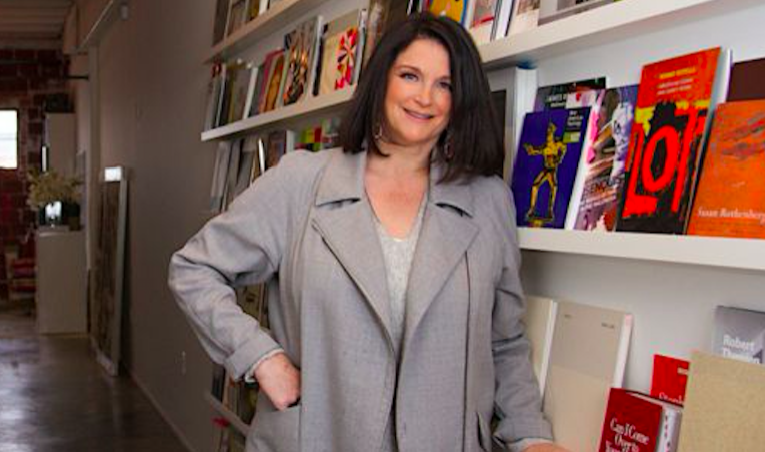 Lea Weingarten, firm principal of the Weingarten Art Group, keeps a close eye on the international pulse of contemporary art. As a leading art consultant based in Houston and New York, Lea is called upon frequently to curate and project manage engaging public art installations that contribute to Houston’s transformation as a city that values creativity, entrepreneurship and innovation.

The Elevate Houston: The Big Picture project featuring British artist Stephen Wiltshire was born out of that desire.

What does Lea think about the Bayou City and Stephen? Read on to find out.

Q: What about Stephen Wiltshire fascinates you most?

Lea Weingarten: What fascinates me most about Stephen is his focus on his artistic talent and sensibility, not on obstacles. He is a wonderful draftsman!

Q: When you tell travelers about Houston, what’s the first thing you mention?

Lea Weingarten: I tell them that Houston is one of the best kept cultural secrets in the U.S. Not only do we have our own ballet, symphony and multiple theaters, we are also home to numerous museums, the Rothko Chapel and tremendous green spaces that are now being activated by multiple public art programs! We are no longer the stereotypical southern city – we are international, diverse and very hip.

Q: Do you have a unique talent that not many know about?

Lea Weingarten: Well, nothing nearly as impressive as Stephen. I do have a brain wired for languages. At one time, I was proficient in five, now it is closer to four.

Q: What Houston building or landmark would you like to see included in Stephen’s drawing?

Lea Weingarten: I look forward to Stephen’s inclusion of our bayous in his drawing. These features DEFINE our city in so many important ways. For me, they are connectors — both physically and spiritually for Houston.

Q: If you could ask Stephen any one question about his work/talent, what would it be?

Lea Weingarten: I would ask him if he has ever “snuck” anything unexpected into his drawings to see if anyone noticed — perhaps the Queen? Or one of his favorite vintage cars?

Event information: After a single helicopter ride to memorize Houston’s sweeping landscape and unique architecture, British artist Stephen Wiltshire will work publicly at The Galleria on April 19-23 to draw a large, detailed panorama of the Bayou City from memory.

Location: The live public art performance with Stephen Wiltshire will be held in Galleria IV, Level One between Macy’s and Nordstrom.

Time: Stephen will be drawing each day from 10am-5pm, with a break from 1-2pm.

Through the years: A visual diary of Pablo Picasso