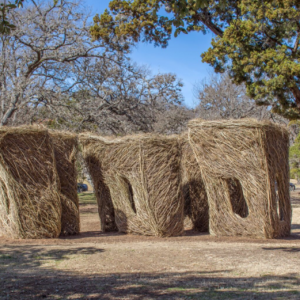 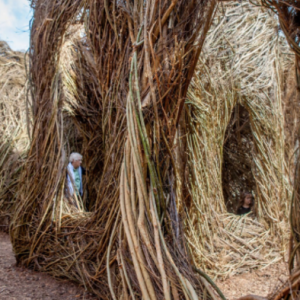 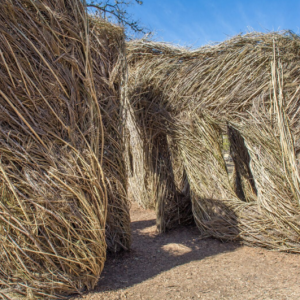 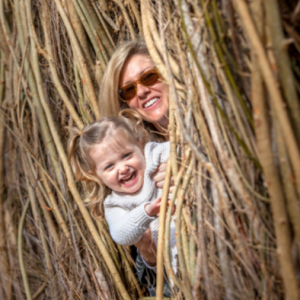 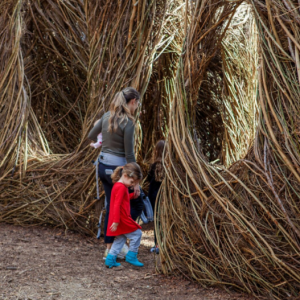 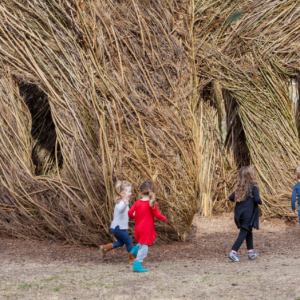 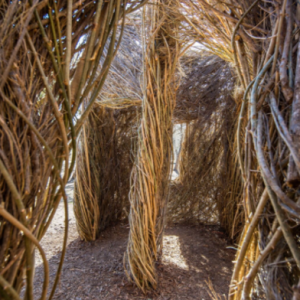 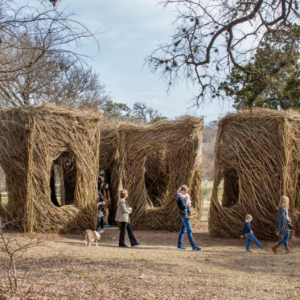 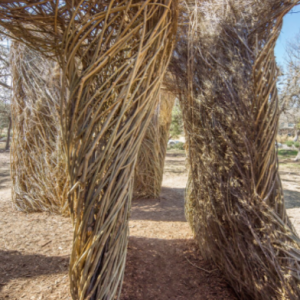 Patrick Dougherty, a North Carolina-based artist, is known for creating whirling architectural sculptures from locally-harvested saplings. Dougherty and a team of over 200 Pease Park Conservancy volunteers constructed this site-specific installation using Baccharis neglecta (Roosevelt Weed) and Ligustrum, an invasive species, gathered in and around Austin. Yippee Ki Yay was privately funded by donations made to Pease Park Conservancy and was formally approved through the City of Austin’s Art In Public Places program. Dougherty says of his inspiration for the sculpture, “We didn’t build a cathedral, instead we borrowed its corners,” referring to the Spanish-Colonial style architecture he encountered during his time in Austin. The sculpture consists of five repeated corner shapes that can be explored through the maze-like passageways they create and the multiple viewpoints from their many entrances and windows. With the title, he also gives a nod to Texas cowboy culture that is much beloved across our state. The installation will remain on view for several years before being dismantled.