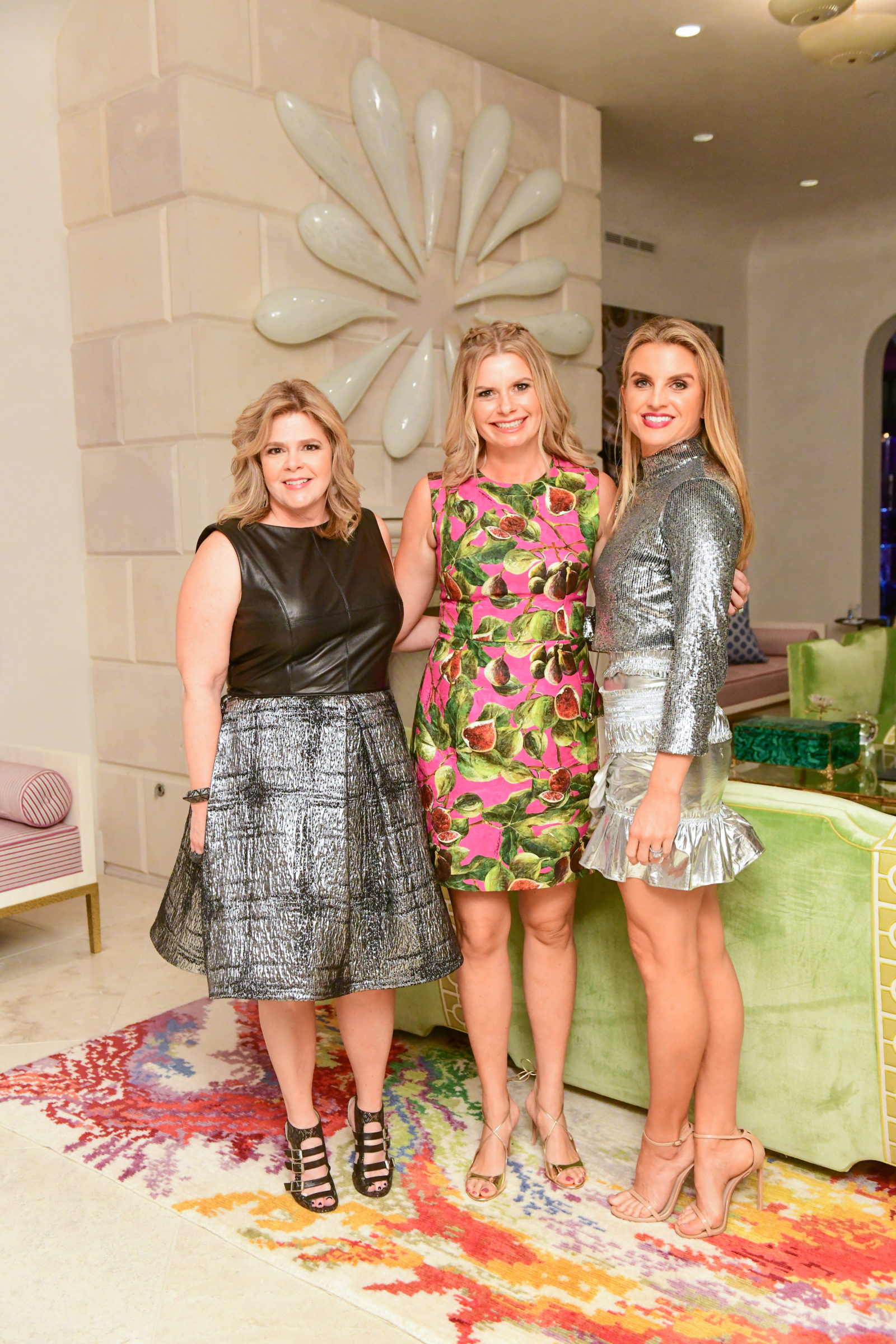 PaperCity: 70-Million-Year-Old Turtle, a Beautiful Memorial Mansion and Beetle Mania Makes This Anything But Just Another Night

Some private collectors have such a penchant for art and design that their holdings take centerstage in every aspect of their lives. Such is the case for Houstonian Kelli Weinzierl, the home of whom was the setting for Contemporary Arts Museum Houston’s yearly women-only fundraiser. The home was decorated by longtime Weingarten Art Group collaborator Lucinda Loya, while WAG consultants curated, placed and installed this couple’s impressive art collection. Our client has a love of learning about all aspects of the natural world and a passion for becoming scholars on the artists they are collecting.

Catherine Anspon of PaperCity Magazine attended the event and covered the event, with photography by Daniel Ortiz.

Flora and fauna added an unexpected touch, as did the appearance of 70-million-year-old fossil of a turtle, to make this year’s iteration of Another Great Night in November — the Contemporary Arts Museum Houston’s annual femmes-only fundraiser — among the most memorable in a tradition that began in 1990. (The museum itself, a temple of the avant-garde, celebrates its 70th this year, making CAMH the second oldest institution of its kind in America.)

A crowd of several hundred couture-clad swans descended upon the beautiful Memorial-area manse for an evening hosted by Kelli Weinzierl. (The hostess and her oil-and-gas husband, John Weinzierl, are into contemporary art and nature, reflected in their home’s decor scheme, overseen by designer Lucinda Loya and art consultant Lea Weingarten, who incorporated the family’s passion for rocks and fossils alongside cutting-edge work like a room divider formed from Irish seaweed encased in resin and a wall installation reflecting beetle-mania.

These artworks, respectively by Irish talent Sasha Sykes and University of Wisconsin professor Jennifer Angus, were highlighted in the new edition of AGN’s trivia contest, changed from a quiz to be more democratic, and rebranded as Art Hunt. (Everyone who completed their art passports was entered in the night’s luxury drawing.)

Sparkly host Miz Weinzierl and co-chairs Lindley Arnoldy and Valerie Palmquist Dieterich — a dynamic trio attired respectively in looks by Tom and Linda Platt from Tootsies, Isabel Marant paired with A.L.C., and Dolce & Gabbana — reigned over an evening that unfolded in three acts.

This ultimate art party segued from tours throughout the lavish, and cleverly appointed, home, to a seated dinner crafted by A Fare Extraordinaire in an inspired Moroccan mode, staged in a tent devised by party designer Rebekah Johnson where light projections mimicked the home’s jaunty painted sunroom walls.

The finale was an After Party enacted by DJ John Tran spinning in the bar where an edgy Warhol screen print of an electric chair looked on.

Seven years, half a billion dollars: Welcome to the new Whitney Museum of American Art

PaperCity: Houston’s Most Anticipated New High-Rise Transforms an Iconic Building Into a Palace