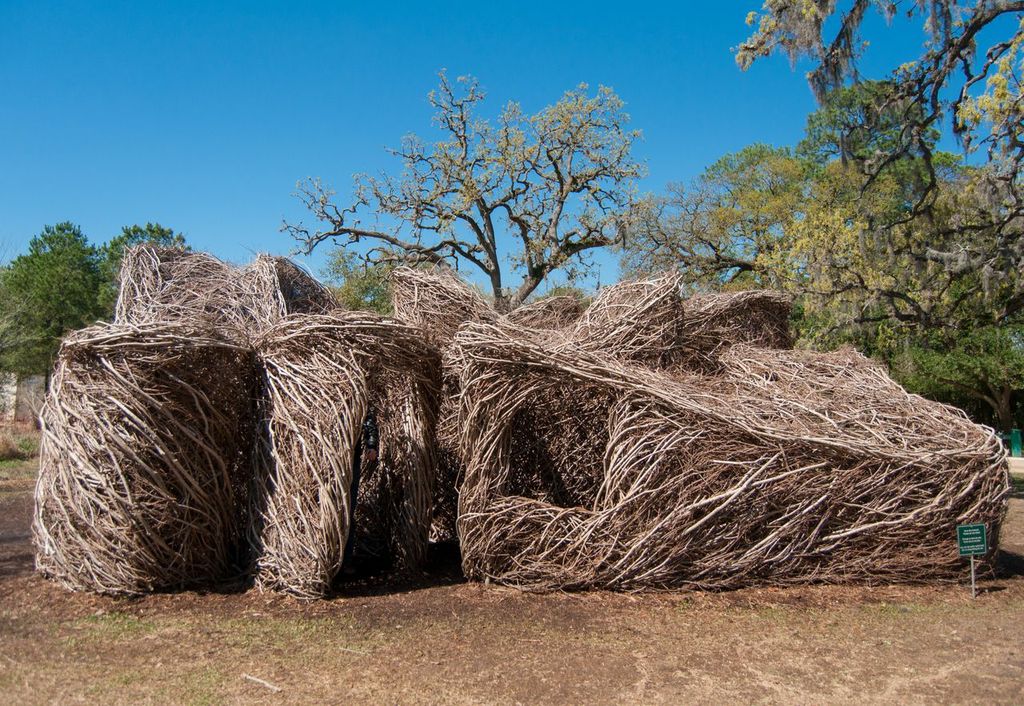 Happy centennial, Hermann Park. As the ultimate birthday gift for 100, the park Conservancy green-lights an ambitious public art endeavor, Art in the Park. The first of some very engaging installations unfurled late last month: North Carolina-based Patrick Dougherty’s anthropomorphic architecture fashioned from sapling twigs. His droll little huts for visitors to enter resemble the faces of giants and emit a whiff of enchantment. Coming next, with an opening date of Thursday, March 6, two-time Whitney Biennial talent Trenton Doyle Hancock creates a permanent, site-specific mural for the train tunnel; the riotously colored painting bears his trademark cosmology of odd cartoon-type characters including the mythic Torpedo Boy, a stand-in for the artist himself.

Lea Weingarten’s Weingarten Art Group curates and organizes the project, which includes permanent works commissioned for the park such as the Hancock mural alongside temporary pieces including Dougherty’s twiggy structures, which will degrade over time, as well as works on loan. Unveiling in the coming months: aluminum-and-enamel trees by Ugo Rondinone; former Core Fellow Sharon Engelstein’s blobby mammoth sculptures; rainbow-hued skeins of nautical rope as pathways by Orly Genger; and, late spring, one of Louise Bourgeois’ bronze spiders that will creep towards the Jones Reflection Pool. Rounding out the lineup are Mexican artist Yvonne Domenge’s crimson-patinated carbon steel Wind Waves (a loaned piece) joining pavilions designed by Rice University and University of Houston architecture students.