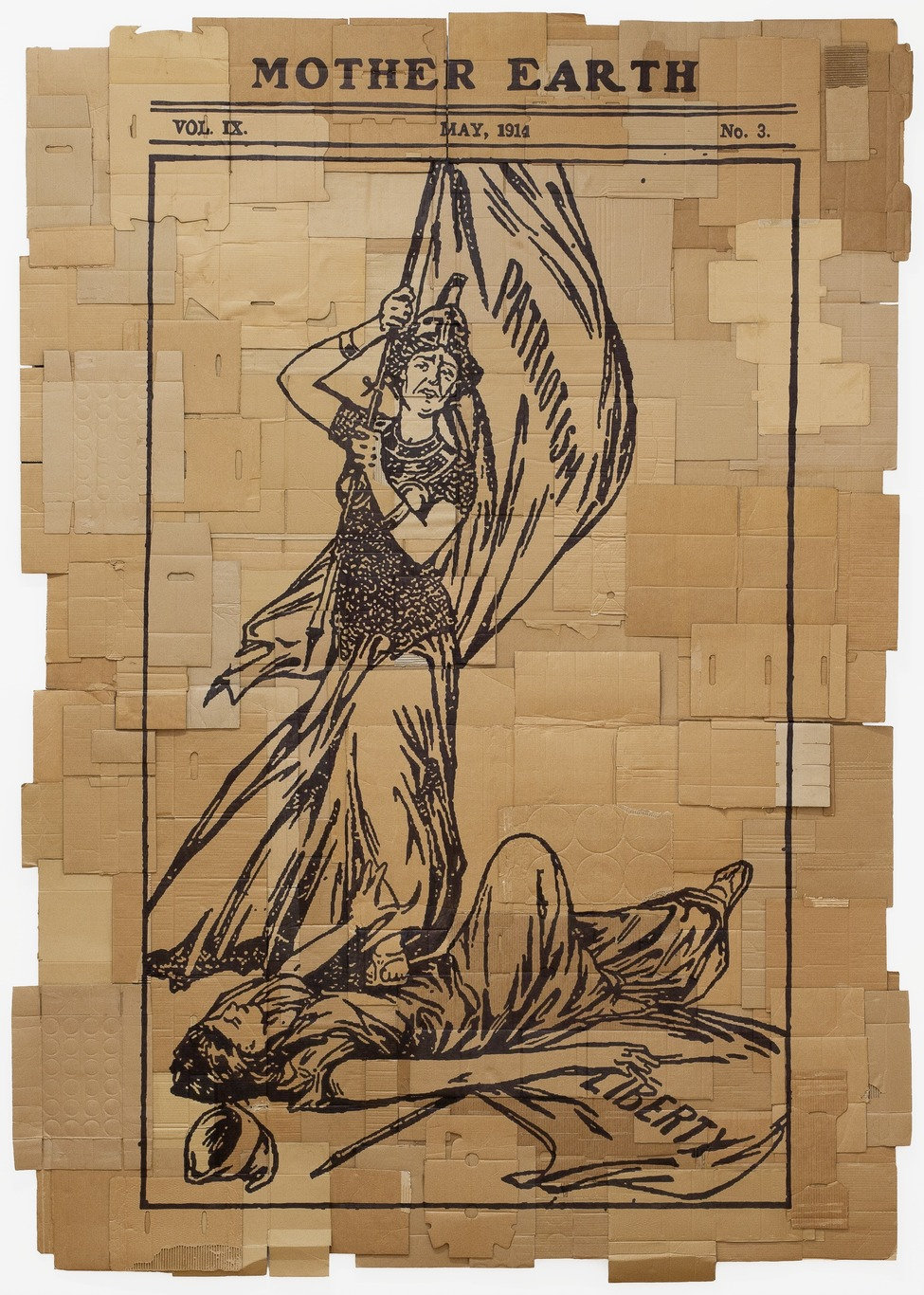 Andrea Bowers and the Art of Protest

Who: Andrea Bowers is a multimedia American artist and activist whose work reflects, dissects, and critiques American politics and society.

About the artist: Andrea Bowers, born in 1965, grew up in a working class community in Wilmington, Ohio. She describes her childhood in an interview with Ashton Cooper of The Brooklyn Rail:

“My dad and mom and all of their friends worked in car factories. They were all in unions so there was a lot of union talk in my kitchen. I was a feminist ever since I was a little girl. I think it came from my mom. I knew that this was what I cared about but I couldn’t figure out if it was okay to make art about it. I was worried that it was hard enough to be a woman and have an art career, that to be overtly political was going to destroy any potential.”

Despite early misgivings, Bowers received her BFA from Bowling Green State University and her MFA from the California Institute of the Arts in Valenica. She is on the graduate faculty at Otis College of Art and Design, exhibits her work around the world, and is a prominent social activist.

What she is known for: Andrea Bowers works predominantly in drawing, installation, and video. One of her most notable pieces is a 70-foot-long marker drawing of the text messages used in evidence during the Steubenville rape case of 2013. The drawing installation is part of Bower’s series “#sweetjane”, which deeply examined the case and the role of social media activism.

Her art films also use current events as a lens to capture and contemplate individual experiences within different contexts. One notable example is her 2007 film “Sanctuary,” which examined immigration and political dogma through the eyes of an undocumented immigrant taking refuge in a church in order to remain with her young US citizen son. This emphasis on the individual and on subjective, personal experience is repeated throughout her practice, whether she is working in film or drawing on paper, and gives her work a connective rather than combative attitude.

In an interview with Thomas Lawson of East of Borneo, Andrea Bowers says

“I don’t think I’m directly attempting to bring about social change. I just see myself as bearing witness or documenting these people because I think they’re underrecorded. My way of doing that is through art, because that’s what I’m good at… I’m telling stories that you won’t find on a 24-hour-news-cycle channel.”

What’s being said about her: Andrea Bowers’s monumental artwork “A Menace to Liberty” is one of a select group of new acquisitions by MOMA shown in their recent exhibition “Unfinished Conversations: New Work from the Collection at The Museum of Modern Art.” Murat Cem Menguc of Hyperallergic reports the collection

“…doesn’t just showcase art that is engaged with political struggle; it also exposes the personal, cultural, and historical roots of such struggles. It is a collection, one could say, of unfinished conversations about our present day, convened by like-minded souls from around the world.”

In “A Menace to Liberty,” Bowers synthesizes many of her practice’s essential subjects, namely women, history, labor, and protest. The work is an homage to a 1912 *Mother Earth* magazine cover that featured an armored women bearing a flag labeled PATRIOTISM stepping over the crumpled body of another women and a fallen flag labeled LIBERTY. The original lithograph image is reproduced, though vastly scaled up at thirteen feet tall, in black marker on a patchwork canvas of recycled cardboard boxes.

In other recent news, Andrea Bowers was one of nine artists commissioned for new original works for the 2017 Leonardo DiCaprio Foundation annual auction held on July 26. The foundation uses auction funds to support environmentalism, climate change activism, indigenous rights, and land and marine conservation. Last year, the auction raised approximately $45 million. Bower’s work “We Can Sioux It #NoDAPL”, a collaboration with Weshoyot Alvitre, was sold at the live auction. 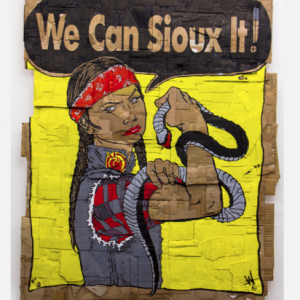 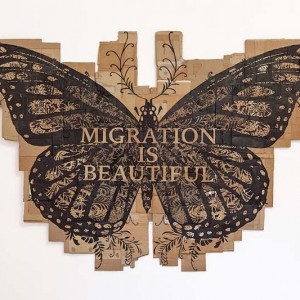 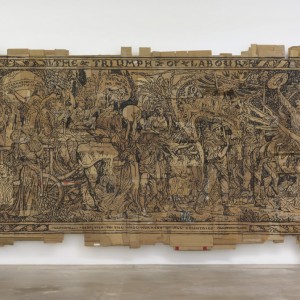 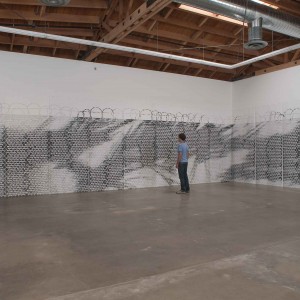 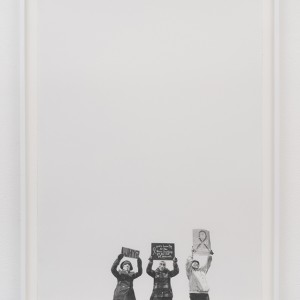 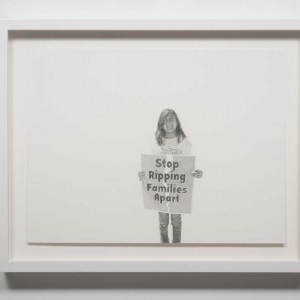 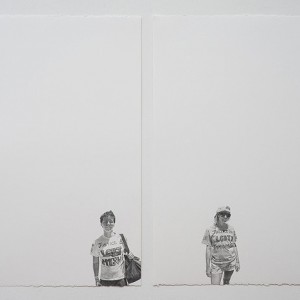 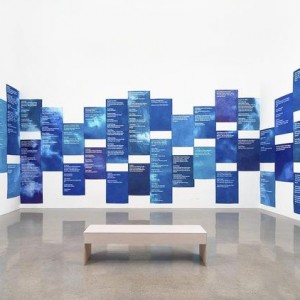 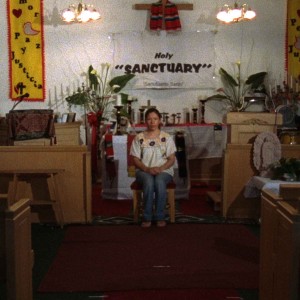 Frieze New York 2016: Your WAG survival guide to making the most out of your visit

WAG on the Road: An art fair that’s a trusted arbiter of what is provocative & wonderful