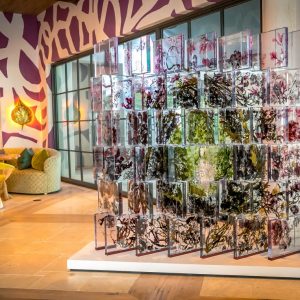 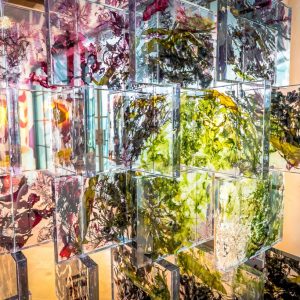 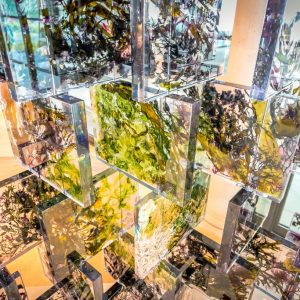 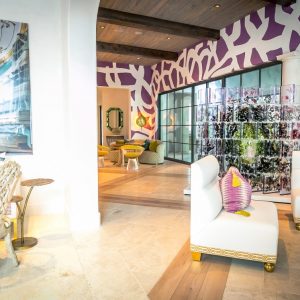 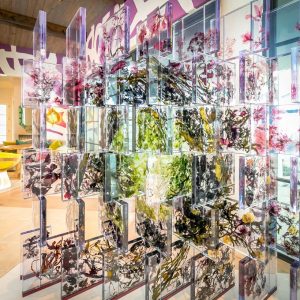 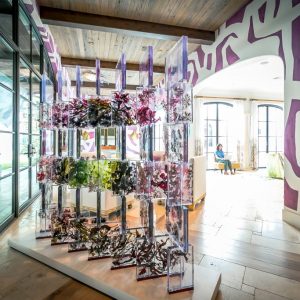 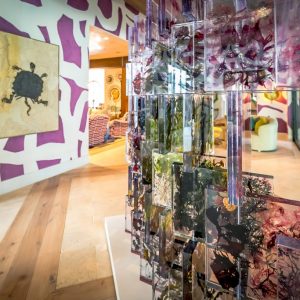 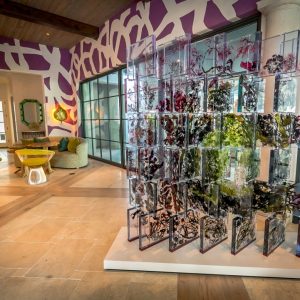 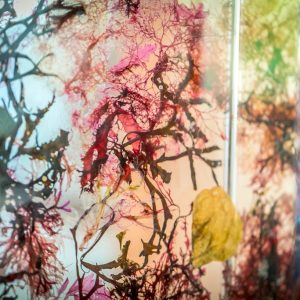 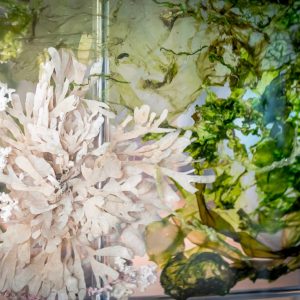 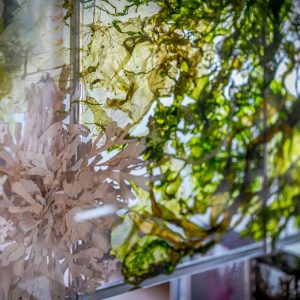 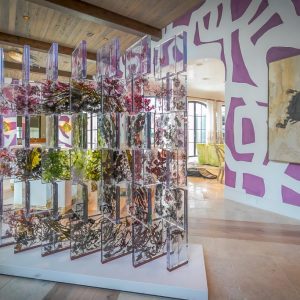 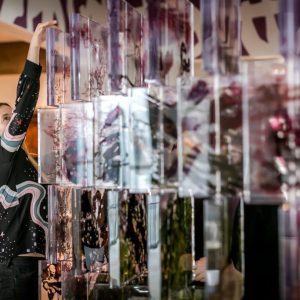 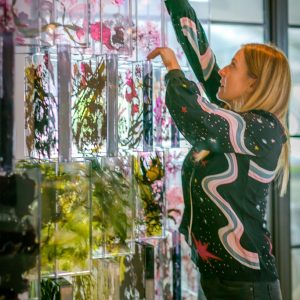 Sasha Sykes is an Irish artist and sculptural furniture maker who works with acrylics and resins to explore, manipulate, and challenge the material language of the natural world. Sasha’s work revolves around exposing and re-framing foraged and collected material – from simple life forms such as algae to complex structures such as bird’s nests – which she encapsulates in hand-cast resin to deliver an enviable level of technical perfection. Having trained as an architect, her work is infused with a strong sense of form and composition, which alongside the organic and natural materials defines the pieces she makes.

Sykes sculpture “Gyre” is composed of a two-meter tall brick screen imagined in the style of the late architect and designer Eileen Gray. The bricks contain an unfurling vortex of a myriad of seaweed species that Sykes accumulated over 18 months. She is drawn to the sea due to its role in the Irish landscape. The plants are also a metaphor for the turbulence of our lives, and in capturing a whirling current Sykes “wanted to transmit that extraordinary sense of uncontrolled movement and energy that is our introduction to the mystery and uncertainty of the sea.” No longer emerging from murky depths, the plants have been suspended in an eternal sprawl, lifeless and aestheticized yet brimming with expressive potential.